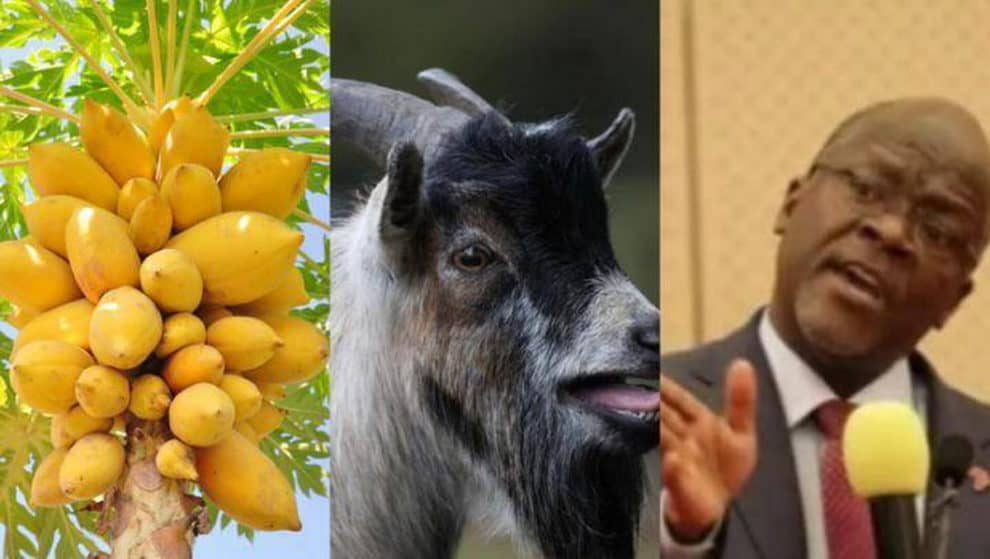 Tanzania President started doubting the efficiency of testing processes and kits since the country’s sudden rise in coronavirus cases. So, to test for the authenticity of test kits imported to the country, he ordered some security forces to collect non-human coronavirus samples. Fortunately, they were able to collect the samples for goat, sheep, and pawpaw. Since it’s a secret mission and lab technicians weren’t supposed to know about it, the samples were tagged with human names and ages and then submitted to the laboratory.

Samples, including that of goat and pawpaw, test positive to the virus, says the Tanzania President. He also mentioned that, with the outcome of the results, it’s likely that some people are playing politics with the coronavirus data, or that the testing kits are faulty. He further added that the results show that some of the people who have been tested positive to the virus are most likely negative. Here’s what Magufuli said: “There is something happening. I said before we should not accept that every aid is good for this nation.”

He further suggested that the officials in charge should investigate the test kits.

Shortly after Tanzania President complained about the non-human coronavirus samples that tested positive, the head of the national health laboratory in charge of coronavirus testing was fired. A few days after, the head of Africa CDC, John Nkengasong, came out to say there’s no problem with the testing kits used in Tanzania. He further added that Jack Ma’s foundation, alongside the African CDC, supplied the kits.

He said, Jack Ma donated several testing kits to the continent, and the equipment was shared across different countries. And no countries have faulted the authenticity of the testing kits so far, except Tanzania.

“The tests that Tanzania is using, we know they are working very well. We are very instrumental in training, providing training to nearly all countries, and providing them with test kits. We’ve also in the last couple of weeks and months distributed test kits from the Jack Ma Foundation,” says Nkengasong. He further added that they validated the authenticity of the kits and found them reliable for use.

Recall that Tanzania President, a couple of weeks, made an order for the herbal medicine, known as COVID-Organics, from Madagascar.

The drink, which is a remedy for coronavirus, is from Artemisia – a plant, effective for malaria treatment. Since it lacks scientific evidence, the World Health Organization has warned against its usage. However, the president of Madagascar has claimed the herbal drink has cured many coronavirus patients in the country.

According to the latest report, the first batch of herbal medicine is already in Tanzania. As tweeted by the government spokesman, Hassan Abas, the COVID-Organics came into the country a few days ago.