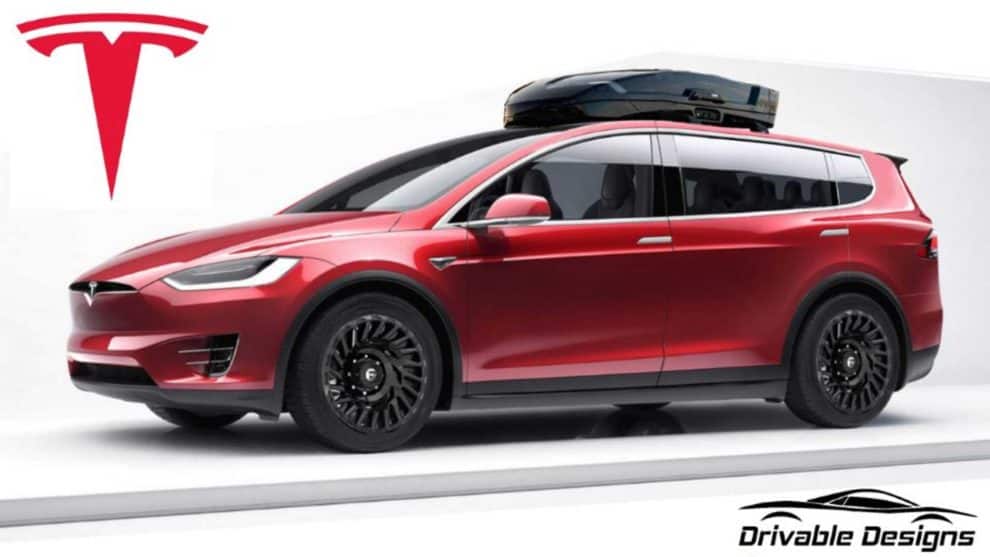 The Tesla Model X, powered by electricity has proven to be an amazing luxury SUV. Launched in 2015, the vehicle comes with a lot of great features. One that it’s unique for, is its falcon-wing doors, but they still tend to be a big concern for some users. As such, it has caused several people to imagine how the vehicle will look like without the doors. Also, some even imagined how it’ll look like, with a higher roofline. Now, Driveable Design has come up with a digital rendering for the SUV, calling it Tesla Model XL. It comes with a higher roofline and no falcon-wing doors.

In this article, we’ll be looking at everything about the Tesla Model XL rendering.

According to Driveable Design, it has come up with a new digital Tesla Model XL rendering, and it comes with a higher roofline, creating room for the third-row seat to accommodate more passengers. On the platform, the person behind the design claims to have a free online liquify tool in Pixlr E to edit the photo.

“The liquify tool makes it easy to stretch or modify the image. The liquify tool raised the Model X’s roofline, but then the image looked distorted and unrealistic. So I went to Autodesk Sketchbook and used a variety of tools to correct the image. Finally I added new wheels, “removed” the wing doors by changing the position of the door handles, and added a roof box.”

Well, looking at the finished result, the Model XL rendering looks sleek and more like a minivan without a sliding door.

The video description of the Tesla Model XL rendering shows how Driveable Design converted the 2015’s released Tesla Model X into a digital rendering, with a higher roofline and no falcon-wing doors.

Here’s what Driveable Design wrote on its YouTube page:

“The Tesla Model X is an amazing luxury SUV that is powered by electricity. It was introduced by a concept in 2012 before finally reaching production in 2015. It has a coupe-style roof and a sleek, bold design. The vehicle has seating for seven and plenty of cargo space. But what if it were even bigger? In this video, I digitally transform the Model X into a minivan-style vehicle with extra seating.”

You can watch the video of the digital rendering below and tell us what you feel about the design.