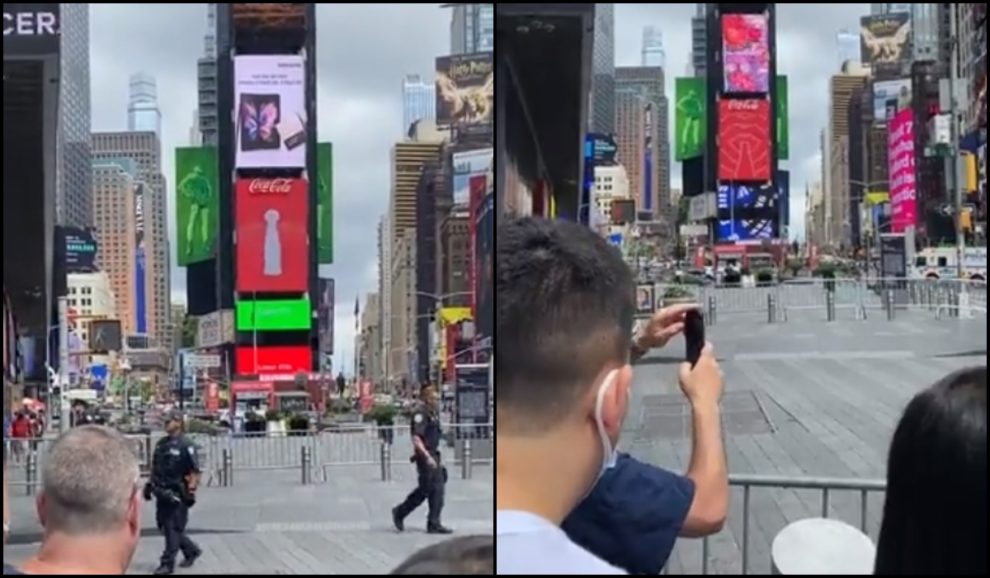 The New York Police Department asked people to avoid a section of Times Square, New York on Thursday while a suspicious package was being investigated. According to reports there is a bomb threat.

According to the NYPD, the area included West 45th to 48th Streets, Broadway, and Seventh Avenue.

At 12:13 p.m., police received a report of a suspicious package.

A metal container appears to have been thrown at the outdoor seating area by someone, possibly on a bicycle. It appears to be a tin of cookies at first glance, but the NYPD bomb squad is working to get a closer look, reports ABC

As of 12:40 p.m., the New York City Police Department’s Emergency Service Unit and Bomb Squad Unit were on their way to the scene.

The NYPD is acting with extreme caution right now, owing to ongoing events in the Capitol as well as increased concern about security in Afghanistan.

Videos and photos of Times Square evacuation have been shared on social media.