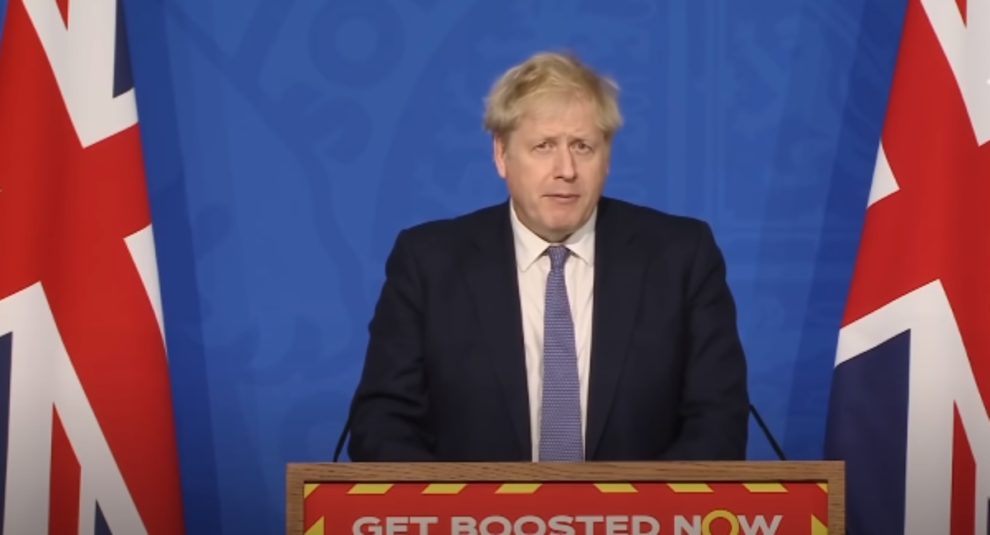 UK Prime Minister Boris Johnson suffered two shock departures from his government Tuesday, including his finance minister, as civil war erupted in the high command of the ruling Conservative party.

Rishi Sunak quit as chancellor of the exchequer and Sajid Javid resigned as health secretary, with both saying they could no longer tolerate the culture of scandal that has stalked Johnson for months.

Labour leader Keir Starmer said it was “clear that this government is now collapsing”.

“The Tory party is corrupted and changing one man won’t fix that,” he said in a statement, demanding a snap general election.

“We need a change of government.”

The resignations were announced minutes after the prime minister apologised for appointing a senior Conservative, who quit last week after he was accused of drunkenly groping two men.

Days of shifting explanations had followed the resignation of deputy chief whip Chris Pincher. Downing Street at first denied Johnson knew of prior allegations against Pincher when appointing him in February.

But by Tuesday, that defence had collapsed after a former top civil servant said Johnson, as foreign minister, was told in 2019 about another incident involving his ally.

“I think it was a mistake and I apologise for it,” the prime minister told reporters, after opposition MPs and some Tories accused him of lying over what he knew when he appointed Pincher.

“In hindsight, it was the wrong thing to do.”

The Pincher affair was the “icing on the cake” for Sunak and Javid, Tory MP Andrew Bridgen, one of Johnson’s fiercest critics, told Sky News.

“It’s time for Boris to go. He can drag this out for a few more hours if he wants to.

“But I and a lot of the party now are determined that he will be gone by the summer recess (in three weeks): the sooner the better.”

The resignations came after Johnson only narrowly survived a vote of no confidence among Conservative MPs a month ago.

But Sunak’s departure in particular, in the middle of policy differences over a cost-of-living crisis sweeping Britain, is dismal news for Johnson.

In a caustic resignation letter, Sunak said “the public rightly expect government to be conducted properly, competently and seriously”.

“I believe these standards are worth fighting for and that is why I am resigning,” he wrote to Johnson.

Javid, who preceded Sunak at the Treasury before quitting over a prior bust-up with Johnson, wrote that the British public “expect integrity from their government”.

“I regret to say, however, that it is clear to me that this situation will not change under your leadership — and you have therefore lost my confidence too.”

Johnson has been embroiled in various scandals, including the so-called “Partygate” affair, which saw him receive a police fine for breaking his own coronavirus lockdown restrictions in Downing Street.

The 58-year-old premier still faces a parliamentary probe into whether he lied to MPs over the lockdown-breaching parties in Downing Street.

Pincher’s departure from the whips’ office — charged with enforcing party discipline and standards — marked yet another allegation of sexual misconduct by Tories in recent months.

Conservative MP Neil Parish resigned in April after he was caught watching pornography on his mobile phone in the House of Commons.

That prompted a by-election in his previously safe seat, which the party went on to lose in a historic victory for the opposition Liberal Democrats.

Labour, the main opposition party, defeated the Conservatives in another by-election in northern England on the same day, prompted by the conviction of its Tory MP for sexual assault.

The controversies have come with Britain battling the worsening cost-of-living crisis and a summer of strikes by various unions over wages and working conditions.

Meanwhile, the country continues to struggle to adapt to Brexit and is risking a possible trade war with the European Union by unilaterally overhauling the special deal it agreed with the bloc for Northern Ireland.

“Losing chancellors is something that happens,” he told Sky News, pointing to past Tory leaders — although Margaret Thatcher was ultimately felled by a cabinet revolt by top allies.