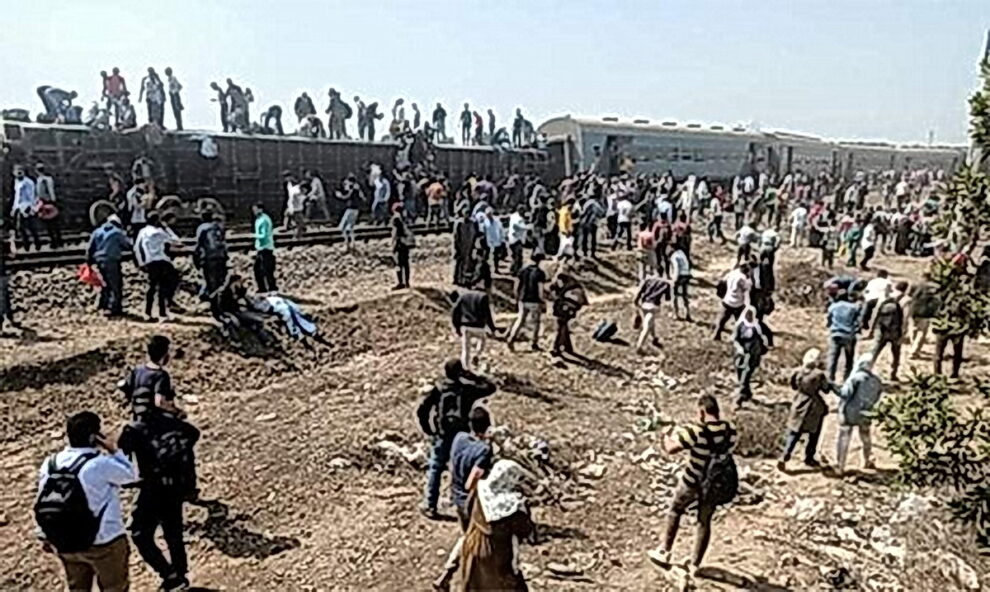 A train has derailed in Egypt’s Qalyubia Governorate in Banha capital, killing at least 32 people and injuring more than 100, according to latest reports.

On Sunday, six carriages overturned near the city of Benha.

Officials said the train was travelling from Cairo to the Mediterranean city of Mansoura when the accident occurred.