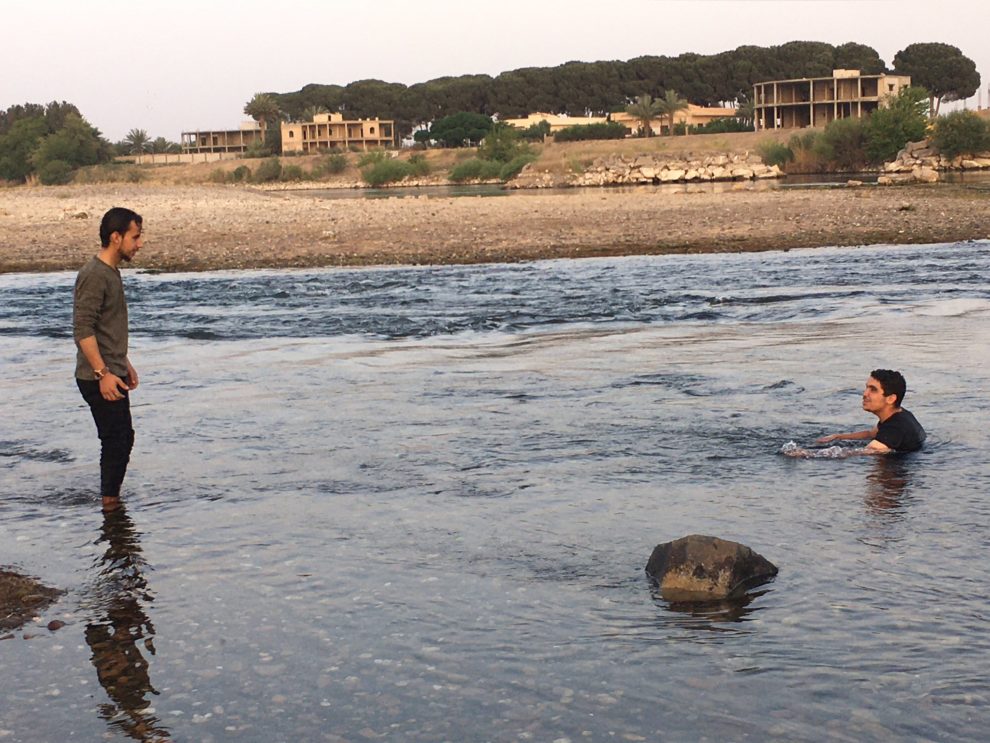 Turkey has reduced the flow of the Euphrates River from 500 m3 per second to less than 200 m3 per second. This will have a major consequence on Syria – a threat of drought with summer only around the corner. Ankara is effectively weaponizing water to pressure Damascus and Kurdish-held cities. Syrians have noticed a major drop in the river’s level, almost a total of five meters in some places. Osama Khalaf, spokesman for the Raqqa municipal council, explained that “fishery is affected and the health consequences are starting to be felt. Desertification is progressing. This is a deliberate strategy on Turkey’s part.”

The 2,780-kilometer-long Euphrates River, where some of the earliest city-states and civilizations emerged from in the early Bronze Age, has its source in Turkey’s Anatolian basin. As a result, the Turkish government has a formidable weapon to pressure and weaken the Syrian State, as well as the Kurdish-led and U.S.-backed Syrian Democratic Forces (SDF).

The long-term strategy of Turkey is to establish another geopolitical lever, besides the military, to use against its neighbors. Turkey in July 2020 cut off the supply of drinking water to the Syrian city of al-Hasakeh and has previously reduced the flow of the Euphrates, depriving thousands of Syrians of electricity and preventing them from irrigating their crops. Human Rights Watch then alerted international authorities on the humanitarian consequences of water shortages in the region. Given the Kurdish presence in eastern Syria, this flow reduction is anything but trivial.

Turkish authorities want to prevent Kurdish insurgents from being able to establish a permanent autonomous unit in Syria as it will strengthen calls for an autonomous Kurdistan within Turkey’s own borders, or perhaps even independence. Fighting against the SDF, Turkey has launched three military operations since 2017. The “Euphrates Shield Operation” was launched in March 2017 and dislodged Kurdish forces from the border. The second, dubbed “Olive Branch Operation,” allowed Turkish forces to establish themselves militarily in Syria by seizing the strategic zone of Afrin in March 2018. The third, “Operation Peace Spring,” began in October 2019 and was an extension of the second operation.

Although Turkey has the military strength, especially with the utilisation of thousands of Syrian militants, water control is an additional tool of pressure that can be equally devastating without risking the lives of Turkish personnel. Another Turkish military operation, especially as global pressure and condemnation mounts, would attract too much attention, especially from Washington. Since the arrival of Joe Biden to the White House, Washington has been at odds with Turkish President Recep Tayyip Erdoğan. Several advisers to the new American administration are ardent defenders of the Kurdish cause, like the coordinator for the Middle East and North Africa at the National Security Council, Brett McGurk, or the director for the Syria and Iraq file to the same National Security Council, Zehra Bell.

Turkey is therefore using water as an alternative means to project its power as it can play a role in negotiations with the Kurds and/or Damascus. The waters of the Euphrates have regularly been a source of tension between Syria and Turkey. In 1991, the two countries were on the verge of war after Ankara blocked water flows to fill the newly constructed Atatürk Dam. In retaliation, Damascus began supporting the Kurdistan Workers Party (PKK) to destabilize Turkey.

In the 1960s, Turkey embarked on the construction of several dams. Today, it aims to build 22. The GAP (Güneydogu Anadolu Projesi) project was to enhance irrigation, hydropower, education and forestry, thus turning Turkey into the “breadbasket” of the region. The project, which was to be completed by 2005, was postponed to 2029 due to a lack of funding for the $32 billion needed to complete it. Turkey’s idea of becoming a “breadbasket” was during the brief period that it was attempting to have amicable relations with all its neighbors – but this idea was quickly abandoned by neo-Ottomanism with the advent of the Syrian War in 2011.