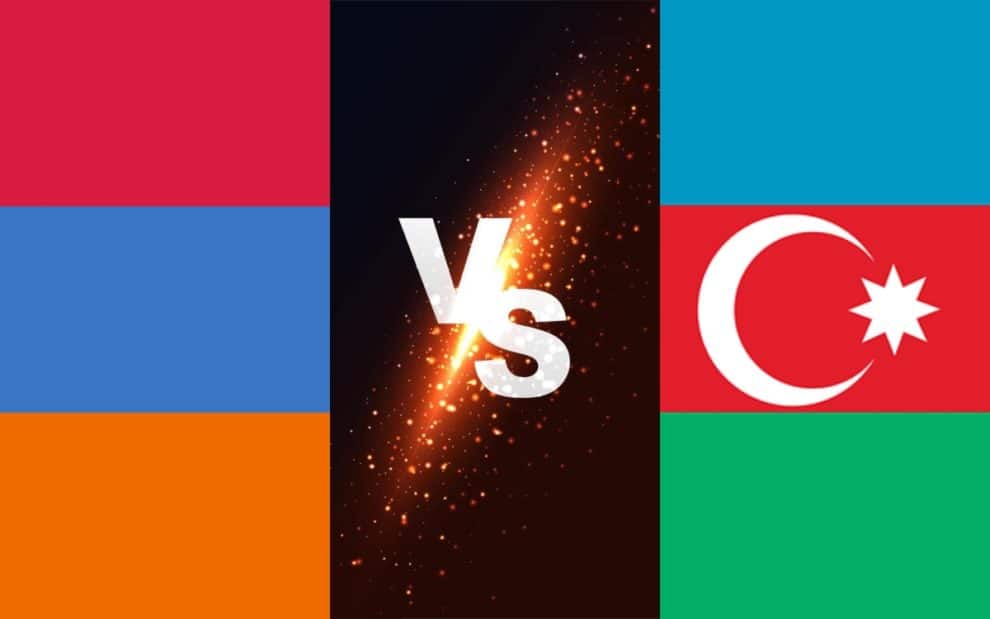 The Armenia vs Azerbaijan clash seems to get worse as Turkey shows off its support for Azerbaijan. The heavy fighting that ensued yesterday has resulted in the deaths of 39 people. On Sunday evening, Azerbaijan’s armed forced launched an armored offensive against separatists in the Nagorno-Karabakh region on the outskirts of Armenia. Nagorno-Karabakh is located in the Caucasus region of the former Soviet republic that bridges Russia and the Middle East. The clash worsens as Turkey F-16 jets bomb Armenia.

The fighting continues to gain rigor in wake of Armenian separatists claiming that they were attacked by the Turkish F-16 fighter jets and mercenaries. The Armenian separatists have claimed that Turkey sent F-16 jets in the disputed region which belongs to Azerbaijan but is mainly inhabited by ethnic Armenians.

Turkey’s support for Azerbaijan makes it clear that both states are close allies. The states share century-long cultural and linguistic ties. Relations between Turkey and Armenia are still stained by the early 20th-century genocide in which as many as a 1.5million Armenians were deported and killed by their Ottoman rulers. More than 30 countries have recognized the killings as genocide, although Ankara fiercely disputes the term.

Arayik Harutyunyan, the leader of separatists has accused Turkey of an ‘aggressive and expansionist policy’ in the region while Ankara vowed complete support for ‘our Azerbaijani brothers’ following some of the worst clashes in years. Both states have pointed fingers at each other for firing heavy artillery in clashes which left hundreds injured. Reports suggest that Azerbaijan soldiers have been hit with several causalities.

Armenia is predominantly inhabited by Christians, while Azerbaijan is a Muslim majority state. The two states have been engaged in a territorial dispute over Nagorno-Karabakh for the past two decades. Ethnic Armenian separatists seized the Nagorny-Karabakh region from Baku in a 1990s war that claimed 30,000 lives, but the region’s independence is not officially recognized by any country – not even Armenia.

The Armenia vs Azerbaijan clash could also draw in Russia, an ally of Armenia which has a military base in the country. This will further bring chaos to global oil and gas supplies which pass through pipelines in the South Caucasus region.

“According to the plan, the situation is evaluated, combat missions are specified, reconnaissance of the area is carried out in real conditions,” the Azerbaijani ministry said in an earlier statement. “After hearing the relevant reports, the tasks for the use of troops participating in the exercises are clarified in accordance with the adopted decision,” it noted.

According to a BBC report, Azerbaijan had asserted that it had pounded an Armenian fortification and artillery and had inflicted casualties on “hundreds” of Armenian soldiers, a claim Armenia outrightly rejected. The Azerbaijani president doubled down on his government’s assertion that Armenia had ignited the clashes, saying: “Armenia’s political and military leadership will bear the entire responsibility for the provocation.”