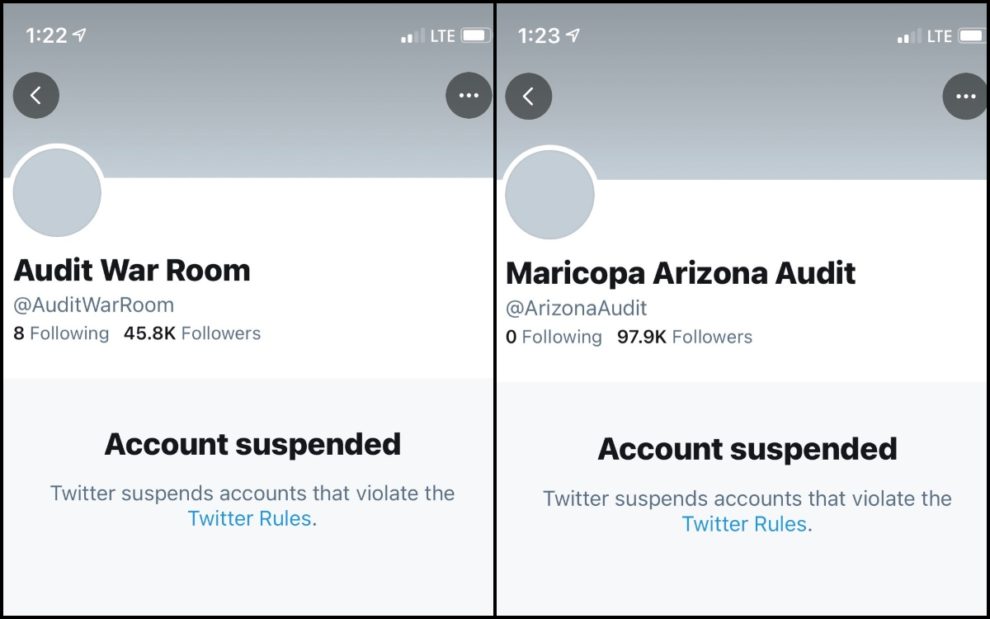 The reason for the suspension of the accounts is not known yet.

In addition, Twitter has suspended the new “war room” accounts for audits in Pennsylvania, Georgia and Nevada etc.

On Monday, Arizona Senate issued subpoena to Maricopa County officials seeking routers for its audit of the 2020 election.

This is a breaking news story, check back for updates.