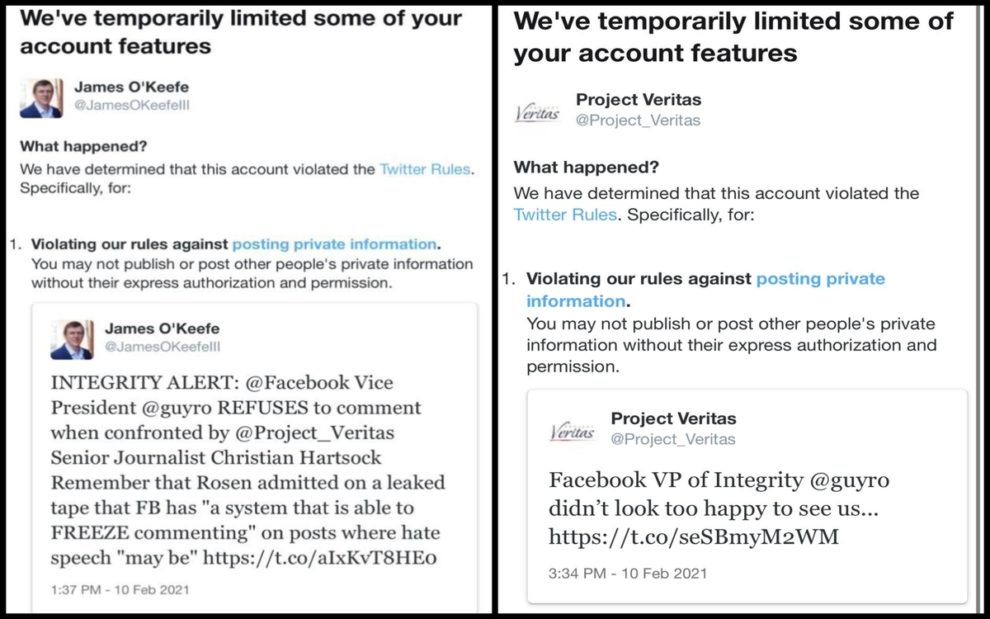 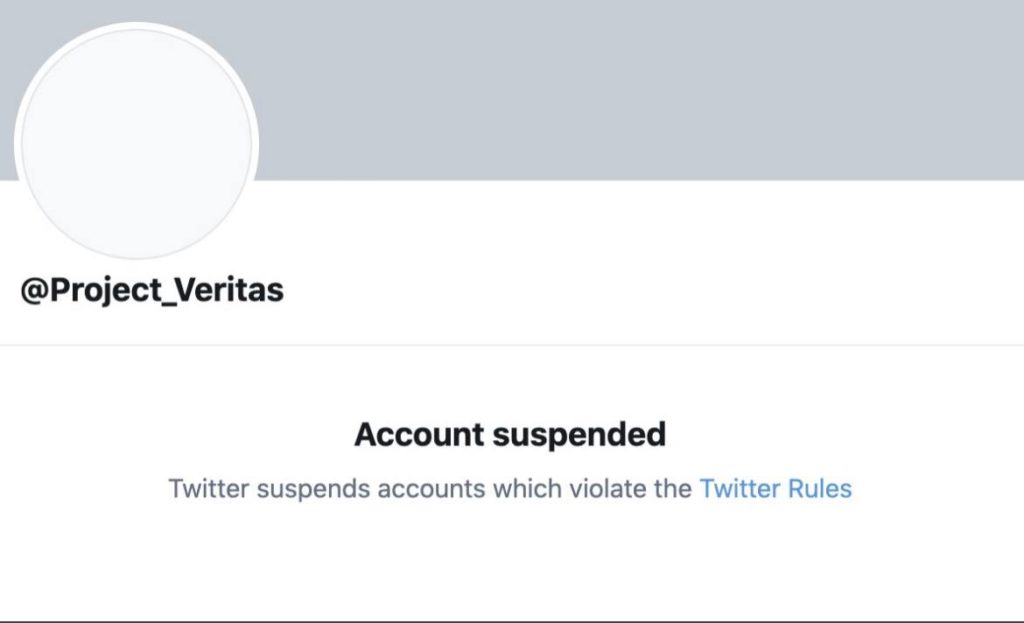 Twitter has locked down the accounts of James O’Keefe and Project Veritas. The reason being sending a report on Facebook VP Guy Rosen and his statements. Facebook “freezes” comments in places that algorithms think there “maybe” hate speech. Project Veritas announced this on Telegram.

What is Project Veritas?

Project Veritas is an American far-right activist group founded in 2010. James O’Keefe is the face and chief executive officer behind the activist organization known as Project Veritas.

This organization is devoted to exposing any perceived dishonesty and corruption. It secretly records and then produces and edits videos of undercover reporting. Also staged encounters with politicians and public figures.

The website for Project Veritas listed the following mission statement for the organization:

“Investigate and expose corruption, dishonesty, self-dealing, waste, fraud and other misconduct in both public and private institutions in order to achieve a more ethical and transparent society.”

The group applied for and received nonprofit status in 2011. O’Keefe and other filmmakers had been making videos since the ACORN investigations in 2009.

Project Veritas posted a screenshot on their Telegram account with the following message:

“WOW! Twitter has just LOCKED DOWN James O’Keefe’s and the Project Veritas account for reporting on Facebook VP Guy Rosen and his statements that Facebook “freezes” comments in places that algorithms think there “may be” hate speech.”

According to the screenshots, Twitter claimed that Veritas and O’Keefe had posted a video that violated its rules on sharing “other people’s private information.” The video was published on YouTube on Wednesday. In the video, Project Veritas journalist Christian Hartsock asked Rosen to comment on leaked footage in which Rosen states that Facebook has “a system that is able to freeze commenting” where “there may be a thread that has hate speech or violence, sort of in the comments.”