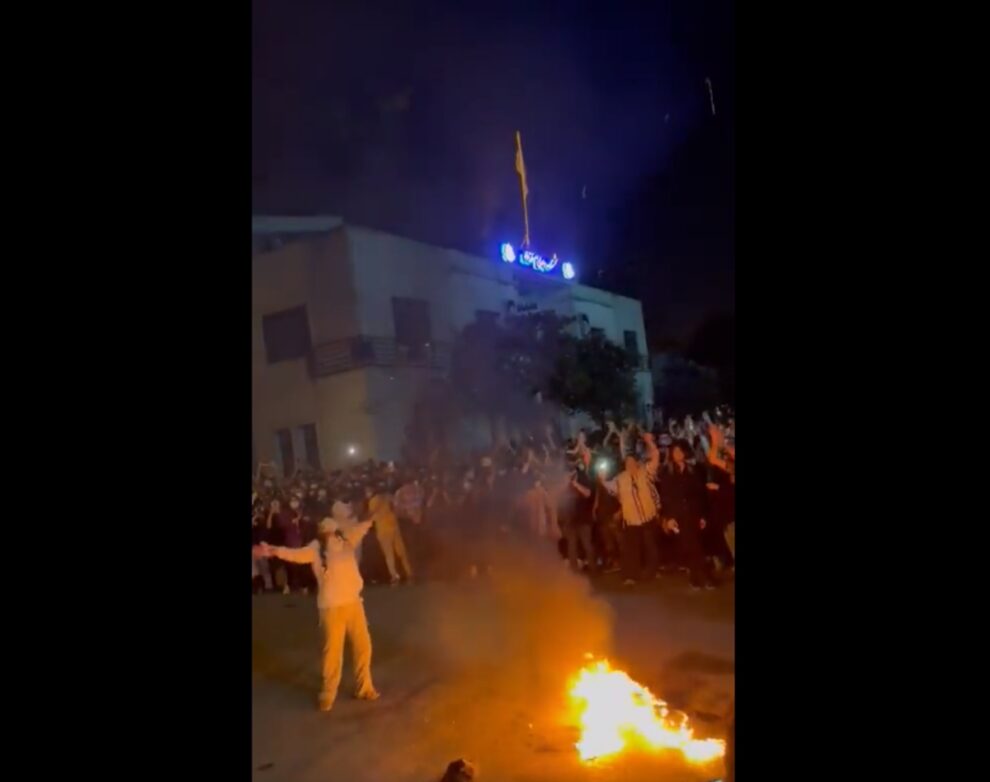 Two Iranian teenagers face the death penalty after being sentenced to be hanged over involvement in protests that have rocked the Islamic republic for months, a rights group said Monday.

Two men aged 23 have already been executed over the protests sparked by the death of Mahsa Amini but campaigners fear dozens more risk being hanged as Iran uses capital punishment as an intimidation tactic in a bid to quell the protests.

Mehdi Mohammadifard, an 18-year-old protester, was sentenced to death on charges of setting alight a traffic police kiosk in the western town of Nowshahr in Mazandaran province, the Oslo-based Iran Human Rights (IHR) group said.

The death sentence was issued by a Revolutionary Court in the provincial capital of Sari after convicting him of the capital charges of “corruption on earth” and “enmity against God”, it added.

The double conviction means that he has been given two death sentences.

IHR director Mahmood Amiry-Moghaddam told AFP that based on available information, Mohammadifard appeared to be the youngest person yet sentenced to death over the protests.

Meanwhile, the judiciary’s Mizan Online news website said that the death sentence of another protester, Mohammad Boroghani, had been upheld in December by the supreme court on charges of “enmity against God”.

Boroghani is accused of “wounding a security personnel with a knife with the intent of killing him and sowing terror among citizens” as well as “setting ablaze the governor’s office in Pakdasht”, a city located 43 kilometres (27 miles) southeast of the capital Tehran.

According to IHR, he is aged 19. Mizan Online’s report came after some reports indicated the execution had been annulled.

“The Islamic republic, which has not been able to control the protests after 109 days, needs intimidation and execution to continue its survival,” said Amiry-Moghaddam.

IHR said last week that at least 100 protesters are at risk of execution after being sentenced to death or being charged with capital crimes.

The first hangings caused an international outcry and rights groups are calling for increased pressure on Iran to prevent more executions.

Majidreza Rahnavard, 23, was hanged in public on December 12 on charges of killing two members of the security forces with a knife.

Four days earlier, Mohsen Shekari, also 23, was executed for wounding a member of the security forces.

The judiciary says it has handed down a total of 11 death sentences in connection with the protests, which Iranian officials describe as “riots”.

The Supreme Court had in recent weeks ordered retrials for three protesters, including a Kurdish rapper, facing the death penalty for their alleged involvement in the demonstrations.