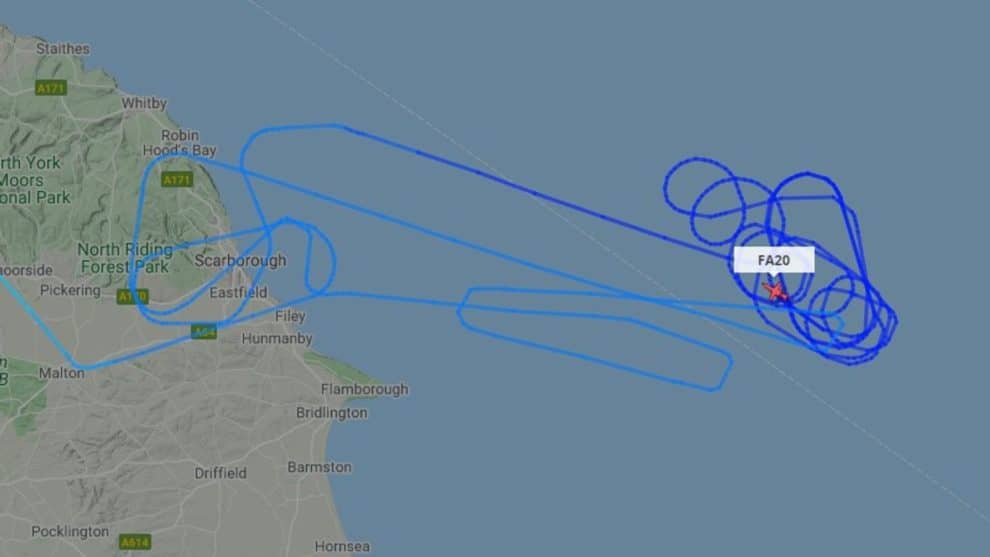 A U.S. Air Force pilot is missing after one F-15 fighter jet reportedly crashes into the North Sea.

A major operation is underway after the U.S. F-15 fighter jet came down near Flamborough Head in East Yorkshire, south of Scarborough into the North Sea.

A flight tracker website showed a plane circling the area. (As can be seen in the image above)

In a statement issued, the U.S. Air Force confirmed the F-15C Eagle jet crashed at around 9.40 am and the pilot location is still unknown. The aircraft was from the 48th Fighter Wing at RAF Lakenheath in Suffolk, the statement added.

“At the time of the accident, the aircraft was on a routine training mission with one pilot on board,” the US Air Force said in a statement.

They wrote in the caption: “Ready to take on Monday like… #weareliberty”

RNLI lifeboats are currently heading to the scene of the crash.

Two RNLI lifeboats also heading in the direction of the crash site. pic.twitter.com/BzGqVZV4XB

UPDATE 13:48 EST: The pilot of a U.S. air force F-15 jet which crashed into the North Sea earlier today during a training mission has been found dead, RAF Lakenheath has confirmed in a statement