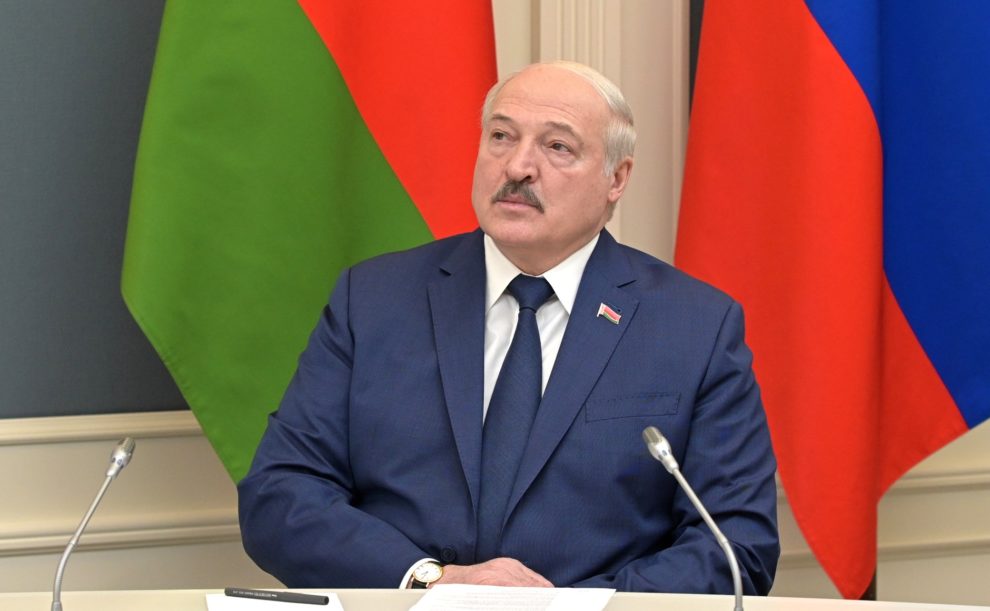 “The United States, with support from allies and partners, is taking action to promote accountability for the Russian and Belarusian governments’ human rights abuses and violations within and outside their borders,” Secretary of State Antony Blinken said in a statement.

Lukashenko has been under US sanctions since 2006, and Washington has tightened restrictions on his government and the country’s economy in the wake of Moscow’s invasion of Ukraine late last month.

The US Treasury described Lukashenko as “the head of a corrupt government in Belarus whose patronage network benefits his inner circle and regime.”

The latest measures freeze his assets, block any transactions with American entities, and ban his entry into the United States. The penalties also affect his wife, two adult sons and a minor son.

Treasury also announced new sanctions against top defense officials in Russia, including eight deputy ministers of defense as well as the director general of a state-controlled organization that trades military goods internationally.

Among the officials is Viktor Zolotov, head of Moscow’s National Guard, which Blinken said “has cracked down on Russian citizens who have taken to the streets to protest their government’s brutal campaign in Ukraine” and also is “responsible for suppressing dissent in occupied areas of” Russia’s neighbor.

Two members of Russia’s Federal Security Agency are sanctioned for their involvement in torture, the State Department said, while six others are targeted for attacks on dissidents from Chechnya living in Europe.

Washington also imposed visa restrictions on 25 people it said were involved in “undermining democracy in Belarus.”