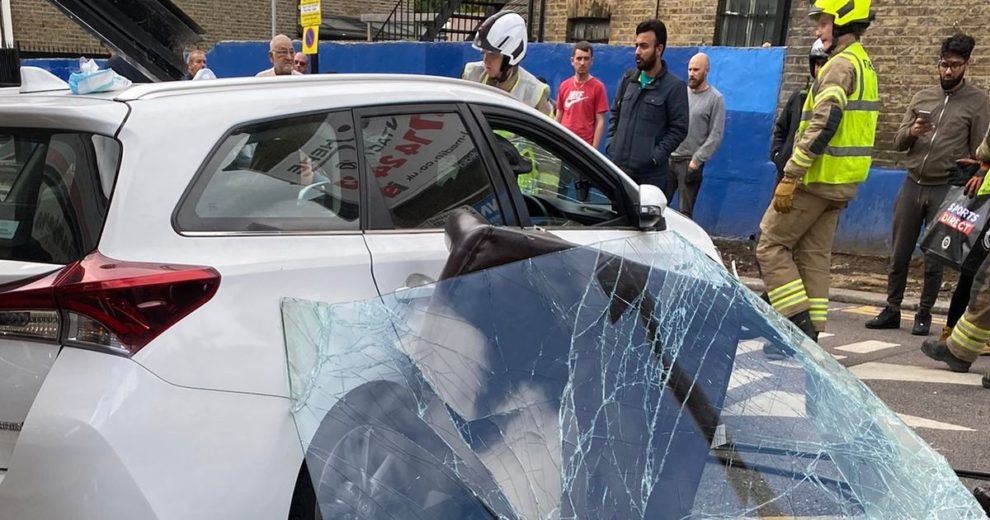 A car collided with a building and crashed into a barber shop in Walthamstow, northeast London, injuring five people.

According to the London Ambulance Service, all were treated at the scene in Walthamstow before being taken to hospital.

The Metropolitan Police said, all injuries are not believed to be life-threatening.

Footage circulated on social media appeared to show the car crashing into a barber shop.

People were huddled around a white car and a large pane of smashed glass, according to images and videos shared on social media.

According to the London Ambulance Service, crews responded to a collision in Walthamstow on Thursday afternoon.

“We were called at 1.45pm today to reports of a vehicle colliding with a building on Hoe Street, E17,” a spokesperson said.

Following the crash at Prestige Barbers, Hoe Street in Walthamstow has been closed in both directions this afternoon.

London’s air ambulance was dispatched to the scene, as recorded in one of the videos embedded below: