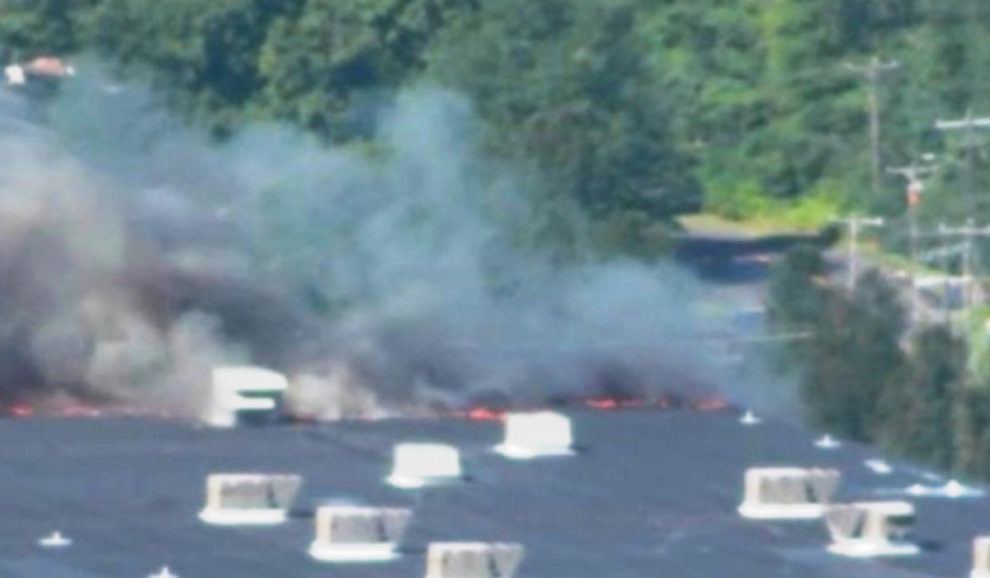 A plane crashed into a building in Farmington, Connecticut on Thursday, sending huge plumes of smoke billowing from the area.

The small jet had 4 people onboard when it crashed, and all were declared dead.

A section of Farmington has been evacuated after a plane crashed into a building on Hyde Road.

“We are responding to a plane crash into a building at 111 Hyde Rd. Media can stage at the intersection of New Britain Ave and Hyde Rd for now. Any updates will be on our Twitter page. Please avoid the area so emergency crews can evacuate the immediate area.” Farmington CT police said in a tweet.

Video captured on the scene shows massive fire coming from one section of the building. Farmington Police confirmed that officers were responding to the incident.

Ambulances and the fire department were also dispatched to the scene. There has been no word on injuries as of yet.

Happening Now: Firefighters are working to put out a fire after a plane crashed into a building in Farmington. @NBCConnecticut pic.twitter.com/xKEtTeV8Ty

Farmington police received information about the crash after 10 a.m. on Thursday.

Farmington is located in central Connecticut, about 10 miles southwest of Hartford.

VIDEO: Plane landed in the median on Bruce B Downs in Tampa, Florida