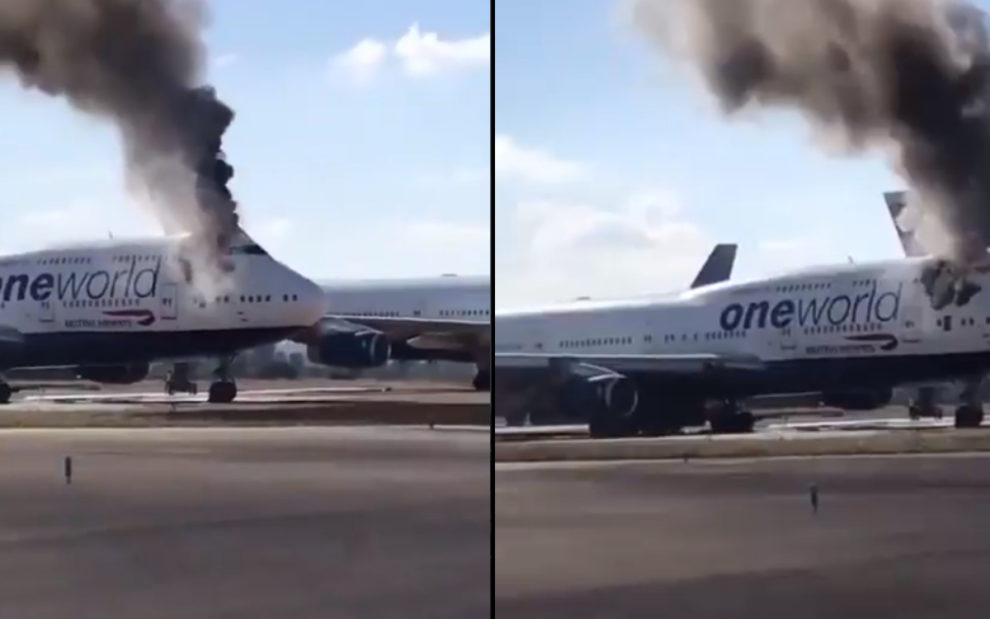 A British Airways Boeing 747 catches fire whilst parked at Castellon Airport in Spain, a video on social media shows.

Images and video show a large fire at the front of the Boeing 747 aircraft but it was not initially known how the fire broke out.

The aircraft is reportedly retired from service and is no longer owned by British Airways.

It is reportedly believed that the Boeing caught fire through the aircraft insulation catching a spark from dismantling equipment.

Castellon Airport officials confirmed that no one has been injured in the fire which has been contained.