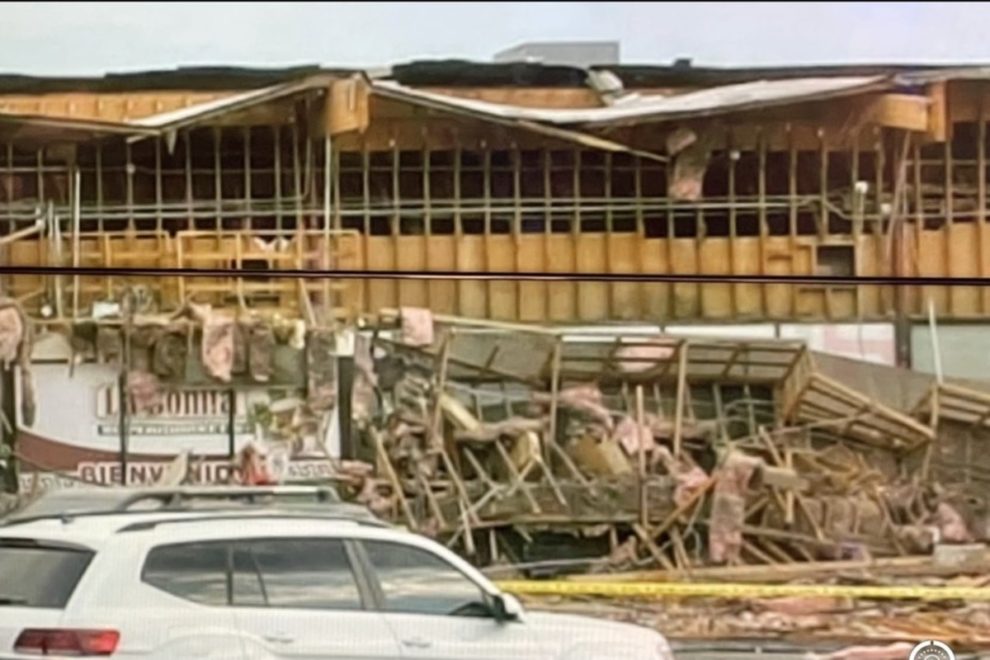 In a strip shopping centre near Desert Inn Road and Eastern Avenue in Las Vegas, the front of a building has collapsed. The Clark County Fire Department has been dispatched to the scene.

Photos and videos shared over social media showed the extent of the damage Friday morning.

Shortly after 6 a.m., the collapse was reported. The structure houses a La Bonita Supermarket.

Two people were taken to the hospital and their conditions are unknown.

The CCFD is collaborating with building officials to ensure the building’s structural integrity.

VIDEO: Explosion and fire at Hoover Dam in Nevada [UPDATE]