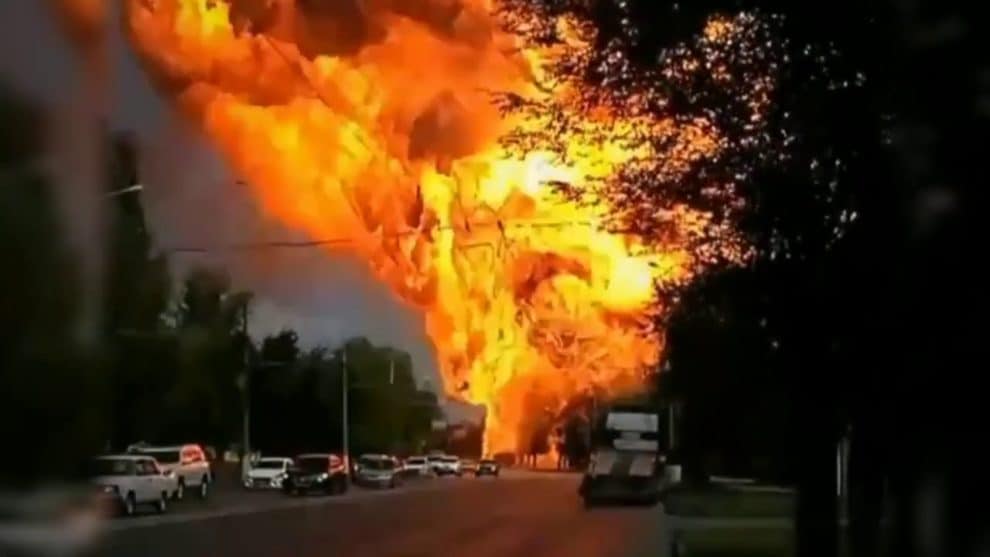 A massive explosion at a gas station has rocked the Southwestern Russian city of Volgograd. Insider Paper has obtained a video of the explosion. According to preliminary reports, at least 12 people were injured in the blast. You can see giant flames and smoke erupting following the explosion.

The number of people injured in the accident is likely to rise, according to local media reports. Among those injured are four employees of the Emergencies Ministry, who arrived at the site soon after the explosion.

The authorities sent ten victims to the hospital while another two refused hospitalization. One of the firefighters, an employee of the Emergencies Ministry, has suffered serious burns. Local reports claim at least 50% of his body burned by the time he was taken to the hospital. We wish them a speedy recovery.

A woman who was standing about 200 meters from the gas station in Volgograd told media, “Nightmare! I’m burning with fire already!” Formerly known as Stalingrad, Volgograd is an industrial city located on the bank of Volga river.

According to the Russian Emergencies Ministry, a propane tank caught fire at a gas station in Volgograd’s Traktorozavodsky district. Firefighters reached the site at 11:30 local time. An initial attempt to contain the fire was unsuccessful.

Just when firefighters were trying to contain it, a powerful explosion rocked the gas station. It all happened so quickly that the rescue team didn’t have the time to block the nearby road traffic. People were driving vehicles along the site of explosion even as the fire and smoke engulfed the skies.

Fortunately, the emergency workers have successfully contained the fire now.