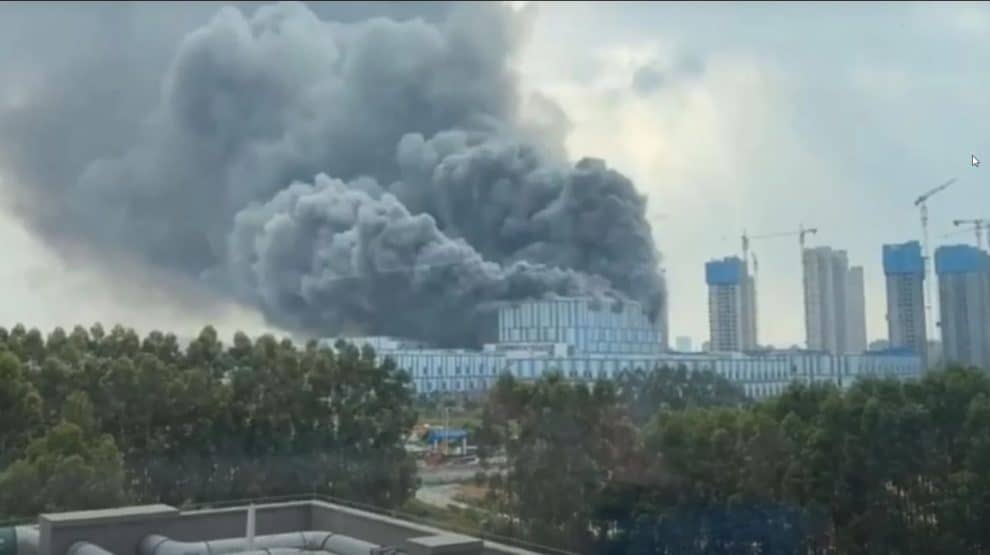 According to reports and videos posted on social media, a huge fire has broken at a Chinese tech giant Huawei’s research lab facility in the city of Dongguan in China.

The Huawei research lab that caught fire on Friday is reportedly involved in testing for 4G and 5G antennas.

According to officials, the fire has been put out and there are no casualties from the incident.

According to the fire department of the city, the main material that caught fire was sound-absorbing cotton.

Video of the massive fire at Huawei’s research lab in Dongguan, China

Here is another video from the incident: