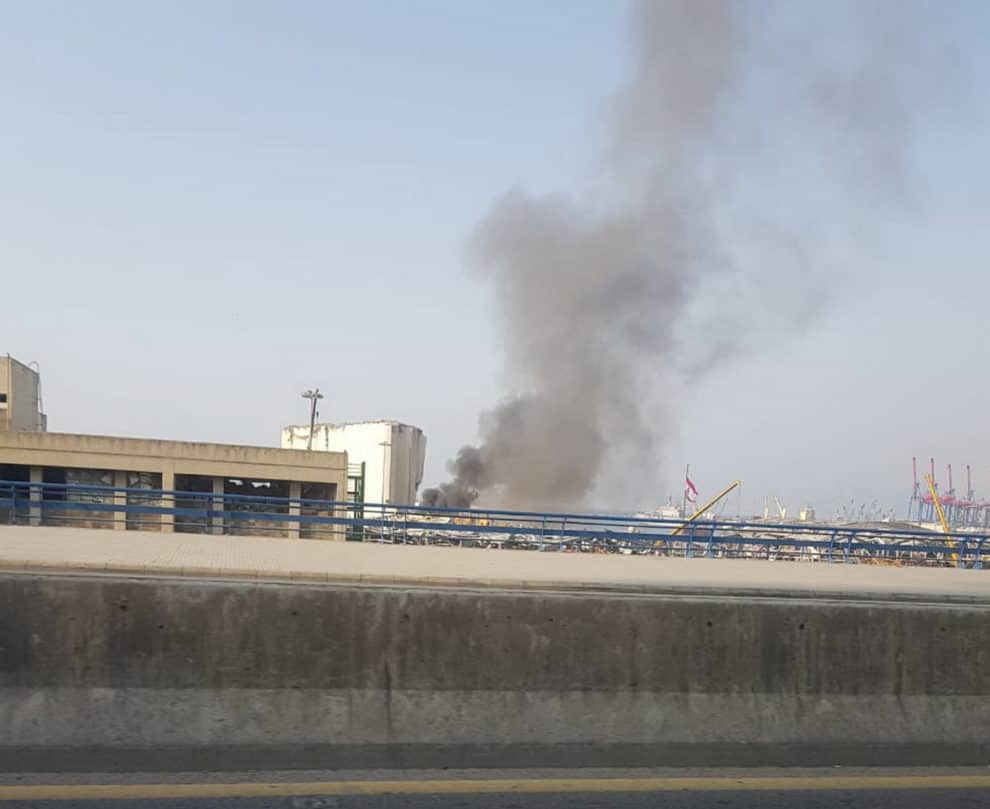 According to a new video, a pile of trash lying on Beirut port has caught fire. The videos surfacing from the scene show clouds of grey and black smoke rising from the Beirut port. The Civil Defence authorities are conducting an investigation into the cause of the fire.  The members are currently working hard to subdue the flames.

This fire has surfaced almost a month after the fire in Lebanon that broke out on August 4 and caused an explosion that left the entire capital in shatters. Residents of Beirut were reminded of the tragic explosion once again as the fear and terror is fresh in their minds.

Resources claim that Civil Defence authorities speculate that the fire was caused by clearing out the rubble and bomb residue from the explosion that took place nearly a month ago. An additional build-up of ammonium nitrate was found close to the site of the original explosion. Residents of Beirut port witnessed the fire anxiously knowing that they cannot afford another fire incident. People have stepped away from windows as the trauma from the original explosion continues to haunt them.

Videos of fire at Beirut Port

Firefighters are at #Beirut’s port putting out a fire that caught on a large pile of garbage.

For many, videos of smoke rising above the port rekindle the trauma of the blast just over a month ago. pic.twitter.com/zPcYjjAia9

DEVELOPING AND BREAKING NEWS: A fire has erupted at #Beirut port, #Lebanon.

Firefighters are at the scene trying to put off the fire.

Smoke seen rising from the port recalls the last explosion that occurred over a month ago. pic.twitter.com/W3xnvdmpzz

Lebanese army has updated press on the situation. Units of the Independent Works Regiment in the army, in collaboration with Civil Defense personnel and with the support of Beirut Fire Brigade have managed to extinguish a fire that broke out at Beirut port. The fire resulted from the rubble mixing with waste, wood residue and unfit tires.
TagsBeirut Viral videos
FacebookTwitter