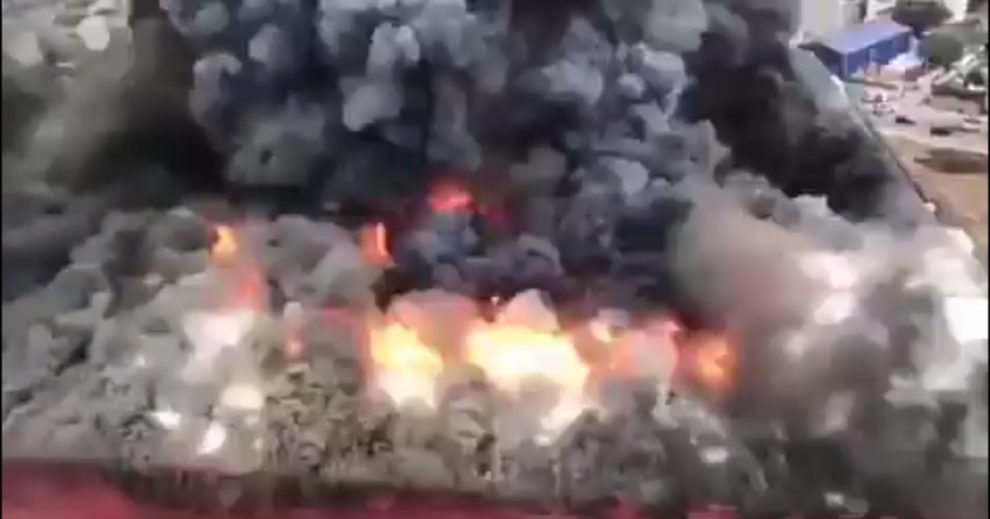 Multiple videos posted on social media shows a massive fire in the office of a logistics company in Istanbul, Turkey’s busiest city. No casualties were reported.

According to APA’s bureau in Turkey, a fire broke out in the store of a factory owned by a transport company in Istanbul’s Esenyurt district.

The fire, which began at 12.10 a.m. local time, was put out by rescue personnel and firefighters. Firefighting efforts are currently underway.

Videos of the fire in Istanbul’s Esenyurt district

BREAKING: Fire reportedly breaks out in a company building next to residential complex in Istanbul's Esenyurt district, Turkey. Reports of explosion heard. pic.twitter.com/EM21Dlgqso

#Turkey🇹🇷 :A huge fire broke out at a logistics company in the Esenyurt district of Istanbul.
No casualties were reported from the fire. #esenyurt #yangın #istanbul #esenyurtadeva
Follow: @W0lverineupdate #yangın #patlama #depo #lojistik #istanbul #cuma pic.twitter.com/queZB7yLHa

The cause of the fire is not yet known.
Firefighters are responding to the fire.#EHAnews #Breaking pic.twitter.com/rwkaodi24V