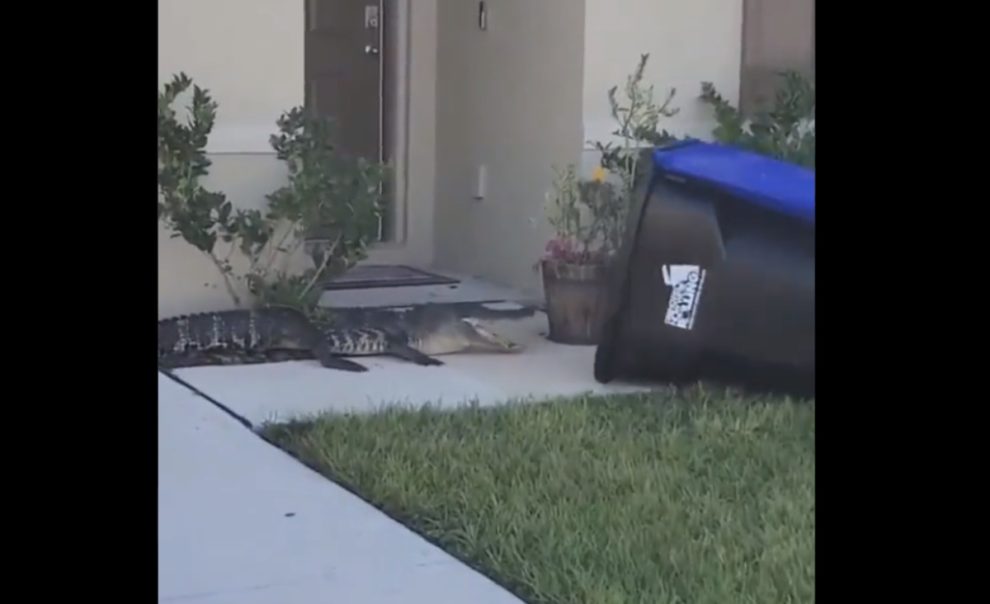 A video of a man from Florida capturing an alligator with nothing more than a trash can has gone viral. According to local media, Abdul Malik first shared the video on social media, and it has since gone viral.

In a recent viral video, an alligator has been captured in a trash can by a Florida man.

The now viral video was first posted to Instagram on Sept. 28 by Orlando resident and Army veteran Abdul Gene Malik, who added “I got kids to protect lol…. Army strong shit.”

The Florida man is seen in the video wearing socks and Adidas slides and chasing the clearly agitated alligator with a trash can. The video ends with the gator trapped in the trash can, and it’s unclear in the first video that what happens next.

“People need to be more aware of Florida man when he uses his skills for good. Who else is going to trap an alligator with a trash can at your doorstep,” a social media user said.

The second video, posted by Abdul Gene Malik, shows the alligator was relocated and released in a park near the lake, on the opposite side to where it was initially caught.

Florida doctor refuses to treat unvaccinated patients in her office