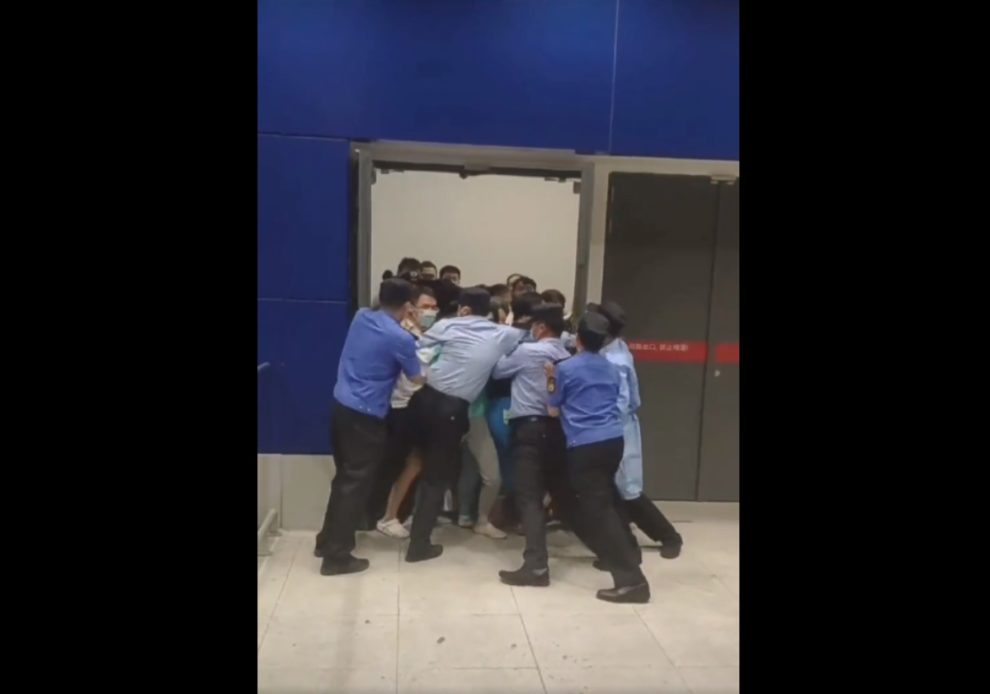 According to media reports, there were chaotic scenes at an Ikea store in Shanghai, with shoppers attempting to flee as authorities tried to quarantine them.

According to the BBC, health officials were attempting to close the store in Xuhui district on Saturday because a customer had been in close contact with a positive Covid case.

The guards were seen closing the doors at one point, but a crowd forced them open, allowing them to flee, according to BBC.

Earlier this year, Shanghai was subjected to a two-month-long lockdown.

Since then, the city of 20 million people has ordered flash lockdowns of areas where positive cases or their close contacts have been detected, in accordance with the country’s strict “zero-Covid” strategy.

According to the BBC, many have been detained in unusual locations such as hot pot restaurants, gyms, and offices.

According to Shanghai Health Commission deputy director Zhao Dandan, the sudden closure of the Ikea store was ordered because a close contact of a six-year-old boy who tested positive after returning to Shanghai from Lhasa in Tibet had visited.

According to the BBC, he did not specify when the close contact was believed to have been at the store.

Those who were in the Ikea store and surrounding areas must be quarantined for two days, followed by five days of health monitoring, according to Zhao.

According to the Shanghai Daily, nearly 400 close contacts of the six-year-old boy, who is asymptomatic, had been traced by Sunday, and 80,000 people had been ordered to undergo PCR testing.

On Sunday, Ikea’s customer service stated that the store was closed due to Covid curbs.

The flagship Xuhui store, which first opened in China in 1998, was the Swedish furniture retailer’s first outlet in the country. It now has 35 locations throughout the country.

Despite the huge economic impact and increasingly vocal public opposition, China has maintained its zero-Covid approach to slowing the spread of the coronavirus.

The scenes of panic at Ikea come after videos last week showed people in another part of Shanghai fleeing a building due to rumours of an abnormal Covid test result, according to the BBC.

During the citywide lockdown in Shanghai earlier this year, there were widespread reports of food shortages and poor living conditions in quarantine centres.

Residents were filmed arguing with pandemic staff and screaming from windows in protest of the restrictions during this time period.

VIDEO: Shoppers ran for the exits as Shanghai Ikea store goes into lockdown

Ikea furniture store in 🇨🇳 #Shanghai Xujiahui District suddenly announced lockdown after the detection of 1 Covid positive. 300+ shoppers frantically pushed their way out to escape. The remaining shoppers unluckily trapped inside were forced to the quarantine concentration camps. pic.twitter.com/DmUHhUPk4x