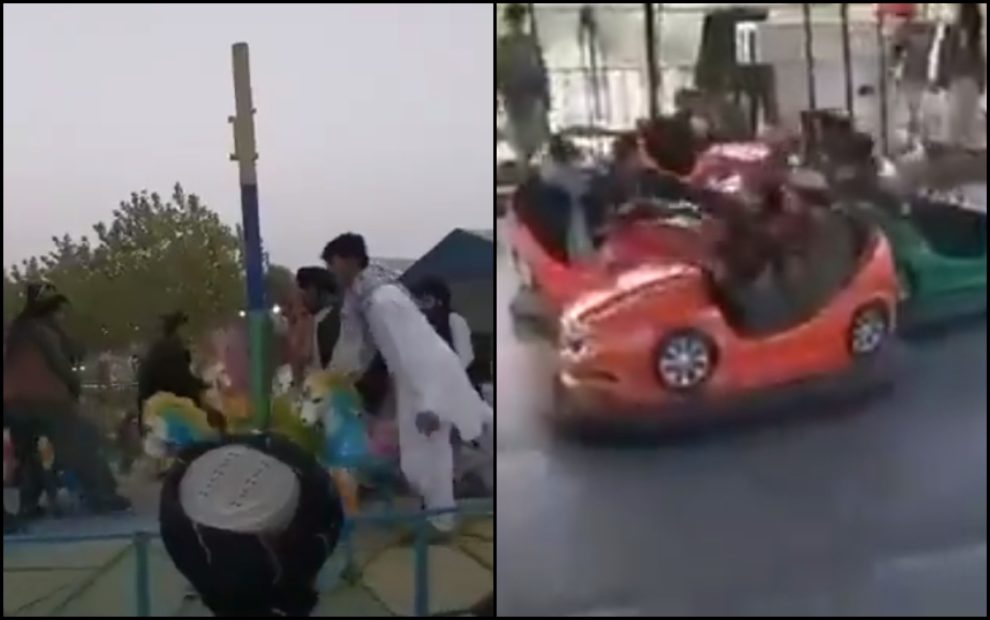 Video shared on social media shows Taliban having fun and celebrating at a children’s amusement park in Kabul.

A day after taking over Kabul, Taliban fighters were seen enjoying themselves at an amusement park in a viral video.

The Taliban fighters were seen riding electric bumper cars while holding weapons. They were also seen riding play horses in the park in a separate video.

This is in contrast to a video that captured the people’s horror in Afghanistan, in which hundreds of young Afghan nationals were seen running along the runway and clinging to a US Airforce Plane as it was about to take off from Kabul airport.