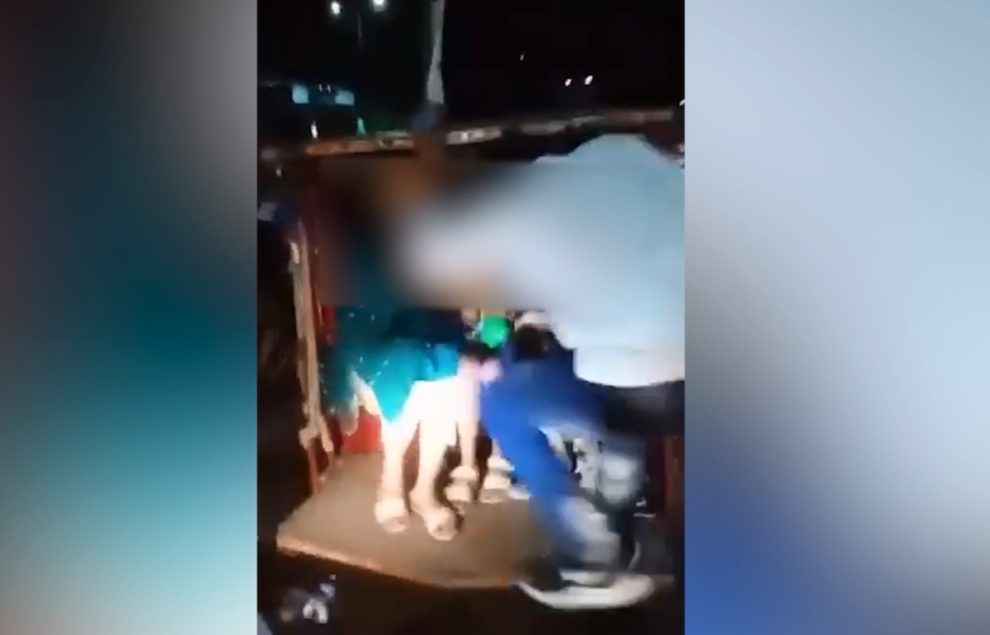 Another viral video, after Ayesha Akram’s incident at Minar-e-Pakistan, has begun to circulate on social media, this time of a girl being harassed while riding in a rickshaw in Lahore, Pakistan.

LAHORE, Pakistan – A video of a man harassing a woman on a busy road in Punjab’s capital has gone viral on social media, sparking widespread condemnation and calls to reduce rising sexual crimes.

Video shot on Pakistan’s Independence Day, celebrated on August 14, 2021, the girl can be seen sitting in the back seat of a rickshaw (two-wheeled, doorlesss ride popular in India and Pakistan) with her family, while traffic moves at a snail’s pace due to rush hour.

A group of men on motorbikes can be heard catcalling the woman in the video, and a man wearing blue jeans and a white shirt jumps on the rickshaw, forcibly kisses the girl, and flees.

In an attempt to stop the harassment, one of the women removes her shoe and threatens the motorcyclists with it.

While taking note of the incident, Punjab Minister for Prisons Fayyazul Hassan Chohan told a private TV channel that the perpetrator would be arrested as soon as possible and given exemplary punishment.

This is the second incident this week related to women that has sparked outrage in Pakistan. Both incidents occurred on 14th August 2021, when most of the citizens were out on the streets, celebrating Pakistan’s Independence Day, with their friends and family.

Earlier this week, a video of a TikToker girl being manhandled and molested by an unruly mob at Minar-e-Pakistan on the same day went viral on social and mainstream media. Hundreds of men (reportedly 400) assaulted a TikToker girl named Ayesha Akram and ripped her clothes.

Police in Pakistan registered a case against 400 people after the video of the incident went viral on social media.