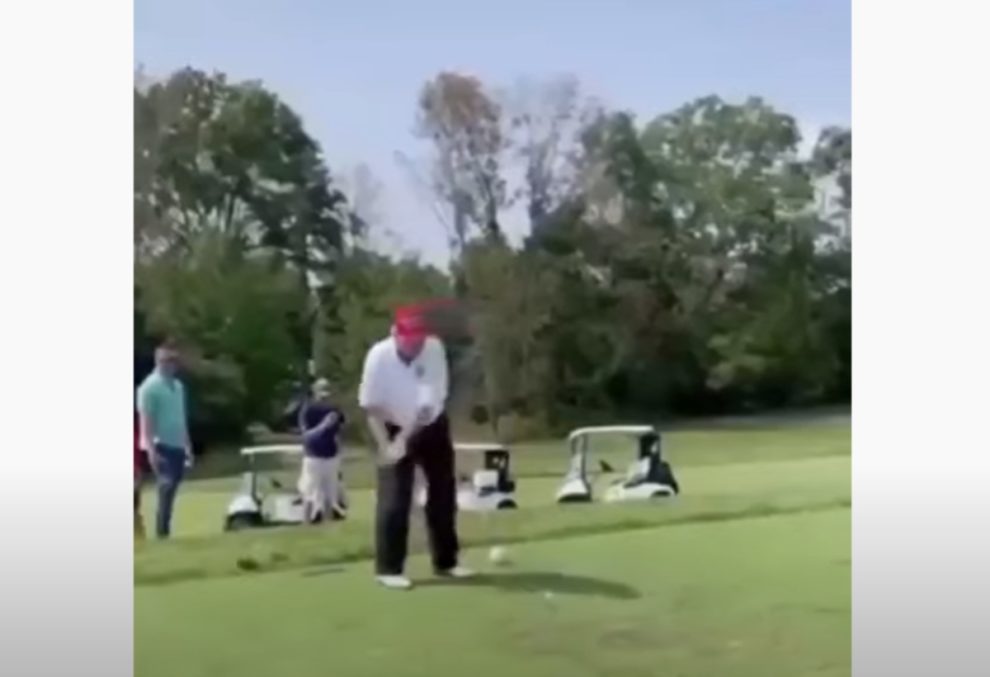 A new video posted on social media including Twitter shows Trump hitting a long drive at one of his golf courses before taking aim at Biden.

Donald Trump after hitting the shot at a golf course asks, “You think Biden can hit a ball like that? He couldn’t get it past the first tee!”

According to Mediate, It was Trump’s second jab at Biden’s athleticism this month. Two weeks ago, while Trump was promoting a boxing match between Vitor Belfort and Evander Holyfield, which was a box-office flop, the former president honed his own fighting skills.

Trump slammed Bush over Capitol riot remark on 9/11: ”He shouldn’t be lecturing anybody!’