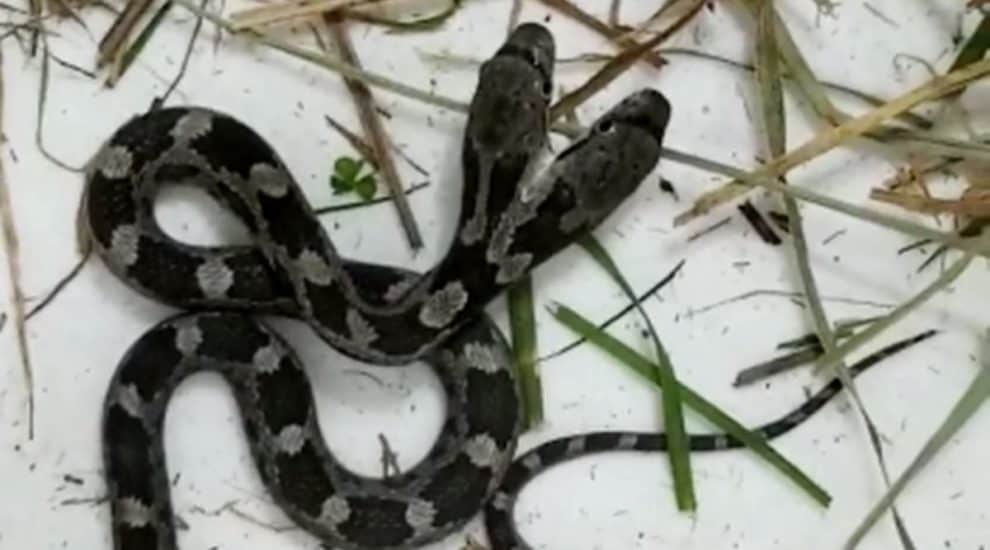 According to the latest report, a North Carolina woman has now taken to her social media platform, Facebook, to share a video of a two-headed baby snake. Furthermore, while sharing the video, the woman revealed that she nicknamed the snake “Double Trouble” due to its condition.

A North Carolina woman was frightened this weekend after seeing a two-headed snake inside her home. The woman, who goes by the name Jeannie Wilson, found the reptile in her sunroom.

Here’s a brief of what she wrote in the caption while posting the video of the two-headed snake below:

“Ok, Facebook… Anybody out there knows of a place that would take Double Trouble and care for him/her or should I turn it loose? It’s not poisonous.”

Furthermore, she told the news media that she has no intention of killing the snake as it’s not poisonous. As such, she’s only keeping it inside a jar.

“I saw its heads first and couldn’t believe it. I didn’t want to kill it, so we put it inside the jar.”

Here’s what we heard about the species

According to the Catawba Science Center, the two-headed baby snake, captured in the video by the North Carolina woman, is one of a kind. The center reveals that only one in 100,000 baby snakes has two heads.

Furthermore, the Catawba Science Center also agrees to keep the snake. The purpose of that, according to the science center, is to utilize it in its future programs for school-age children.