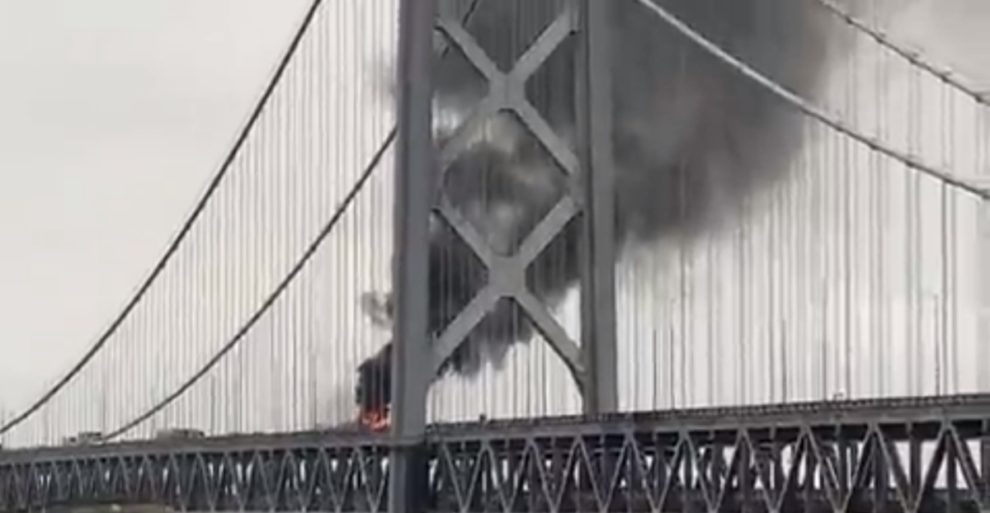 All lanes of traffic on the westbound side of the San Francisco‘s Bay Bridge have been shut down due to a vehicle fire.

According to the CHP, a truck caught fire and is completely engulfed. BART advises people to take their trains as an alternative route.

A propane-fueled utility truck was on fire just east of Fremont St. At least two explosions were witnessed as a result of the burning propane tanks, according to CBS.

Crews were delayed in responding to the explosive flames that began around 8:27 a.m. Thursday.

It happened on the bridge’s westbound Interstate 80, San Francisco-bound side.

VIDEOS OF THE TRUCK FIRE AT THE BAY BRIDGE

JUST IN – Vehicle caught fire in the middle of the San Francisco Bay bridge.pic.twitter.com/XSZvxxrvwQ

🚨🚨#BAYBRIDGE🚨🚨
Avoid the Bay Bridge Hwy 80 westbound coming into San Francisco due to a truck fire carrying propane tanks that exploded! The Bridge is closed and no estimated time on when it will open! Use The Golden Gate or San Mateo Bridge as an alternate! #KCBSTraffic pic.twitter.com/NOh6mb79Db

Truck on fire on the San Francisco Bay Bridge. pic.twitter.com/A36mS442hf

Looks like a car fire on the westbound side of the Bay Bridge right as you get into San Francisco #breaking pic.twitter.com/6n6kjmfs5C