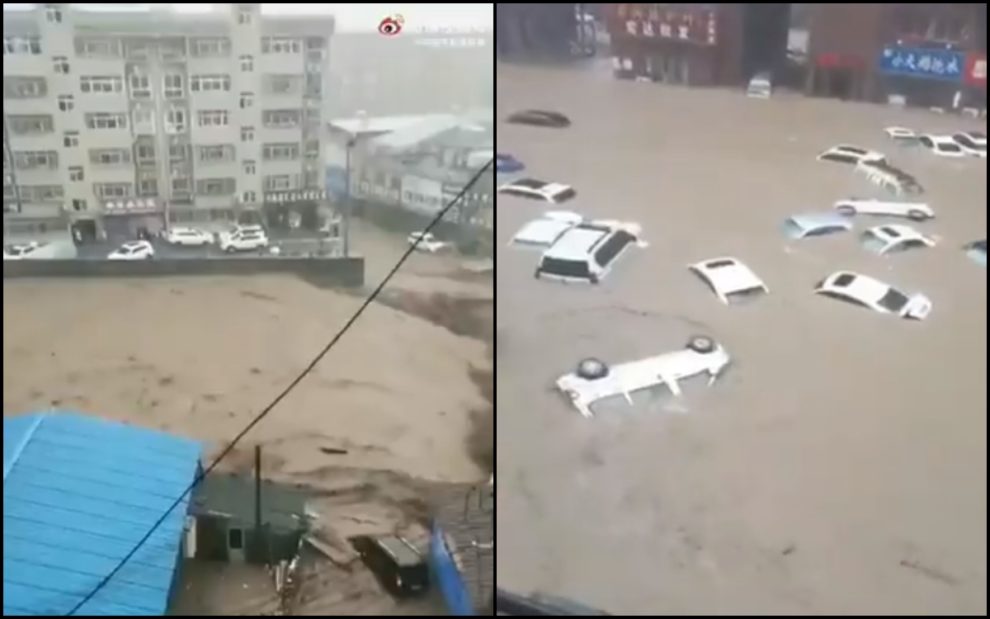 Heavy rain pounded province of Henan in China, bursting the banks of major rivers, flooding the streets of a dozen cities including Zhengzhou and trapping subway passengers waist-high in floodwaters.

Since July 16, more than 144,660 residents in Henan Province of China have been affected by torrential rains, and 10,152 have been relocated to safe areas, according to the provincial flood control and drought relief headquarters.

After torrential rains pounded most of the province on Monday and Tuesday, water levels in 16 large and medium-sized reservoirs rose above the alert level.

The most precipitation was recorded in Pingdingshan City’s Lushan County, with 400.8 mm.

Heavy rains are expected to lash the province’s central, western, and northern areas in the next 24 hours, according to forecasts.

Dramatic videos shared on social media showed commuters on a subway train waist-deep in murky floodwaters, and an underground station turned into a large, churning pool.

Videos of the flooding situation after rain in Henan, China

Affected by this year's sixth typhoon In-fa, Henan Province in the central China suffered a historic heavy rain. The provincial capital Zhengzhou City has recorded the highest single-day rainfall in the past two days. pic.twitter.com/zhfjs7ylXo

US scientists: China is expanding its nuclear capabilities