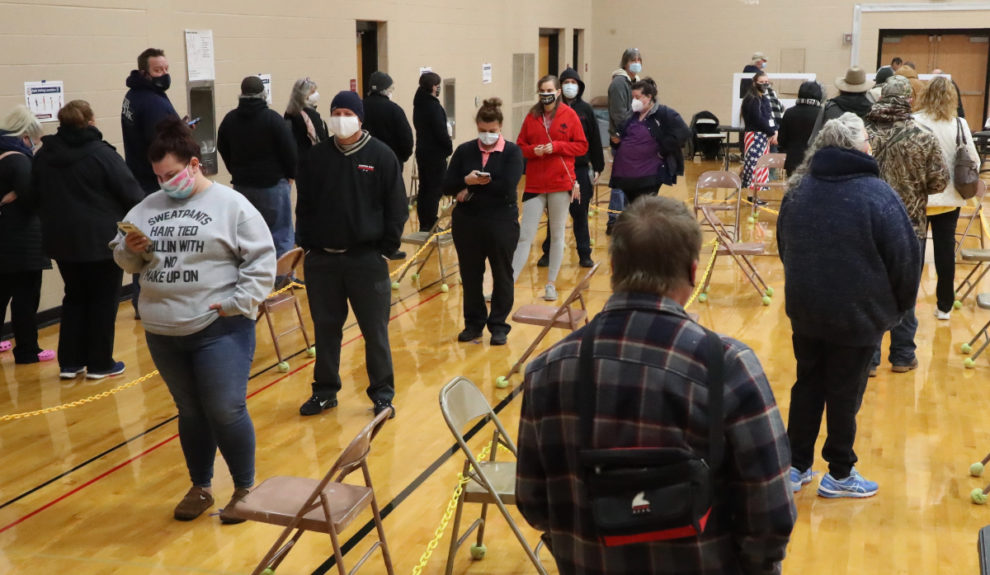 Election officials in Spalding County have reported that the voting machines are currently down in the county after an apparent glitch in the morning. Spalding County Elections Supervisor, Marcia Ridley told a local news agency that the county is currently suffering from a glitch in the voting system. The glitch has caused voting machines to go down in several parts of the country.

Marcia Ridley also stated that the officials are currently waiting for the ink to fill in the poll pad. The officials are waiting for a signal for Dominion to handle the glitching voting machines. Approximately two thousand provisional ballots are currently on their way to voting locations so that people are still able to vote. Marcia Ridley said that she is unsure regarding the extent of the glitch or when will it be fixed. She has urged everyone to remain patient as the authorities resolve this issue.

Marcia Ridley also said that there are no current plans to remain open past 7 pm, but the voting stations might do so if there is a court order. The people who stay in line by 7 pm will be allowed to cast their ballots no matter how late it gets.

Several people have expressed disappointment at this massive incompetence. One user tweeted, “On the next episode of “Incompetence or Voter Suppression?”, a county-wide computer glitch in the 60-40 GOP, Atlanta suburb county of Spalding has made election officials fall back on paper ballots.” Another said, “The voting machines are down in Spalding County Georgia!! The early voting lines have been horrific all October, and now this? Discouraging in-person voting this entire process. Could be voter fraud here!”

One media person tweeted, “A. This kind of thing happens all the time in presidential elections in every state. Machines malfunction. It happens. B. This happened in Spalding County which Trump won by 6 points in 2016. Not a good spot for a nefarious plot by Brian Kemp as some are alleging.” Another citizen tweeted, “Talking to a voter in Spalding County, Georgia this morning and he says the voting machines in his entire county have been reported down. He’s still heading over to vote with a paper ballot. It’s RIDICULOUS what we put people through just to be heard.”

A cybersecurity reporter tweeted, “Senior CISA official on Spalding County, GA, voting machine failures: “At this point, it appears [to be] typical challenges with the election technology. No indication of any kind of malicious cyber activity.” He added, “CISA saw media reports about the Spalding County issues but also received alerts through its own communications channels. “The state and county are taking care of that with the vendor,” senior CISA official says.”

Now paper ballots are being sent to all precincts in Spalding County, Georgia as voters wait in lines.