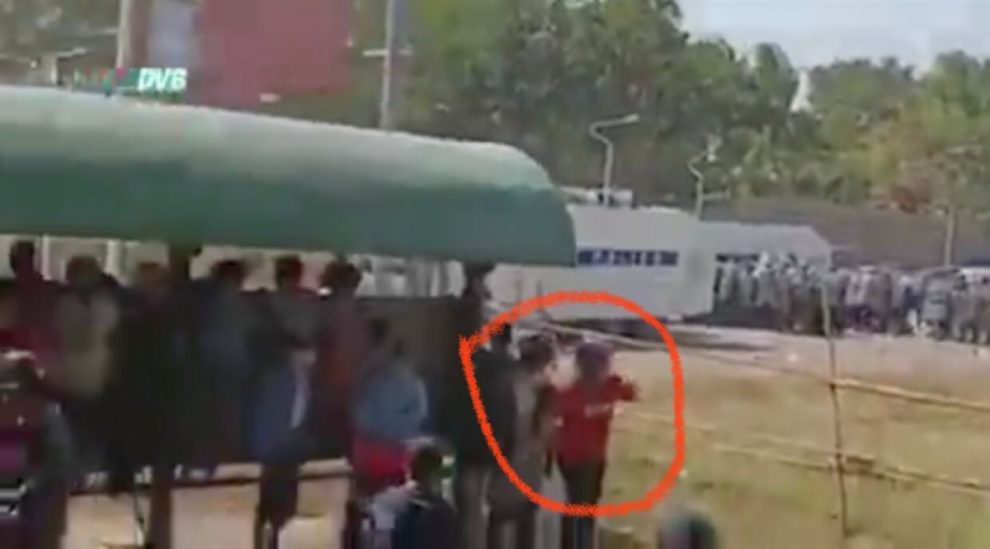 A Burmese girl shot dead as Myanmar police shoot at protesters with rubber bullets and fire gunshots into the air, according to multiple videos posted on social media.

Police and protesters clashed in Myanmar on Tuesday, with injuries on both sides on the most chaotic day so far of demonstrations against the military coup that overthrew Aung San Suu Kyi. Police in Myanmar shot rubber bullets at anti-coup protesters and fired gunshots into the air as crowds defied a military ban on rallies and stormed the streets to a fourth straight day to rage at last week’s coup d’etat.

A 19-year-old girl shot dead by Myanmar Police, confirmed today at 7:40 pm. Witnesses described that she was staying away from the water cannon and hid behind the bus stop. She didn’t even cross any warning lines.

The military has banned gatherings of more than five people in the commercial capital Yangon and other protest areas, as well as imposing a night-time curfew, but recent protests erupted in various places on Tuesday.

Some people injured in the melee in the capital Naypyitaw where police also fired a barrage of water cannons. Three other people were being treated for wounds from suspected rubber bullets after police fired guns, mostly into the air. A video has gone viral on social media showing the moment the Myanmar Police drench protestors with water cannon.

‘End the military dictatorship,’ protestors in the crowd shouted as the water cannon was fired. The protesters carried anti-coup placards including ‘We want our leader’, in reference to Suu Kyi, and ‘No dictatorship’.

The violent events marked the loss of first human life since the military-led by army chief Senior General Min Aung Hlaing overthrew Suu Kyi’s newly elected government on Feb. 1. The military arrested her and other politicians from her National League for Democracy (NLD). The military claimed that the NLD won by fraud, the election committee and Western governments dismissed the accusation.