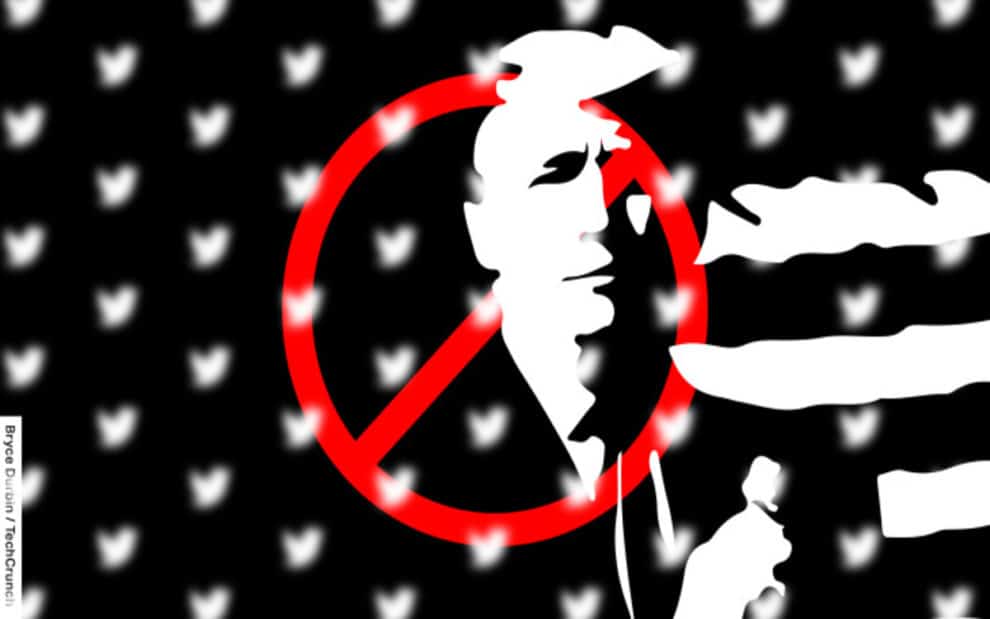 After Twitter permanently banned Donald Trump’s account on January 8, the outgoing American president said that they would not silence him. Trump addressed the public through the official American President’s Twitter account, which is different to his banned personal account that he mostly used, and accused the social media network of stifling free speech and promoting radical left ideology.

The censorship against Trump started months ago but the escalation was expected after his supporters stormed Congress building on January 6. The resulting riot served as a convenient excuse for his banning, especially since five people died.

The two Tweets by Trump that angered Twitter were:

“The 75,000,000 great American Patriots who voted for me, AMERICA FIRST, and MAKE AMERICA GREAT AGAIN, will have a GIANT VOICE long into the future. They will not be disrespected or treated unfairly in any way, shape or form!!!”

“To all of those who have asked, I will not be going to the Inauguration on January 20th.”

Despite the tweets appearing rather harmless, Twitter claimed that the “two Tweets must be read in the context of broader events in the country and the ways in which the President’s statements can be mobilized by different audiences, including to incite violence, as well as in the context of the pattern of behavior from this account in recent weeks.”

Twitter claims Trump was telling his supporters that the elections were not legitimate and that they “serve as encouragement to those potentially considering violent acts.” Twitter also claims that the words “American Patriots” is interpreted as support for those who stormed the Capitol, and that the two tweets “inspire others to replicate the violent acts that took place on January 6.”

We are witnessing the cleansing of all inappropriate political content from social media networks.  This purge, which goes along political lines, is led by a few people, mostly billionaires, who have absolutely no democratic or any other legitimacy. Because of their money and power, their direct interference into the political processes of the U.S., in co-operation with the Democratic Party, is a defense of the failing liberal order that Trump challenged.

The powerful are now trying to expel all political opponents from social media platforms. This has resulted in over 70,000 accounts being banned on Twitter since January 8. However, the banning of Trump has reached unprecedented ridiculousness as he was even banned from Grindr, the world’s largest social networking app for gay, bi, trans, and queer people, despite the American president not even having an account on the platform. Although Trump may be purged from all social media platforms, including those where he did not even have an account, people cannot be erased in the real world, including the American president and the ideas he represents.

Trump and those close to him, as well as other like-minded people, have already been excluded from American mainstream media. Blocking accounts on social media networks is just a continuation of the plan to eliminate political opponents from the public sphere and debate. Six corporations control 90% of mainstream media in the U.S., which was overwhelmingly hostile towards Trump. However, the American president had social media as a platform to communicate with the public.

It is eluded that only totalitarian countries have a monopoly over propaganda, but it is obvious that the management of communication channels, at least in the West, is now in the hands of large megacorporations. Trump got 75 million votes in the 2020 election and is still the U.S. president for another several days. However, he is effectively prevented from addressing his own country. Social media networks are now a powerful tool to influence public opinion – by denying the president the right to say what he thinks, even if it is about nuclear arsenal, decisions to attack countries like Syria, or other unconventional posts, is a worrying sign on the direction of the U.S.’ so-called famed free speech.

This reveals the monopoly held by megacorporations. This is due to outdated antitrust laws that do not cover the entirety of the digital world.

We are entering unpredictable times in which we do not know yet what will happen because something like this has never happened before. It is clear from the standpoint of democratic processes and domestic relations in the U.S., which is already experiencing major fragmentations, that this will only further divide the country. However, for the megacorporations like Twitter, Google and Facebook that are defending the liberal order, banning Trump was an opportunity to demonstrate its unchecked power.

The least important thing to focus on is the content of Trump’s words and whether he is a political ally or not. Americans need to understand that Trump’s banning from social media platforms should be viewed in the scope of defending values. The American value of free speech, ​​built in the real world and assured by the Constitution, needs to be transferred to the digital world as efficiently and quickly as possible. If everything can be simply erased with one click and we step into a new world where the rules will be dictated by megacorporations driven solely by profit, then we enter a pessimistic and dangerous future where billionaires can even control the speech of the American president.

Trump’s banning on social media networks is another demonstration of the Orwellian nature of the U.S. and should reveal to everyone who still has illusions about this reality – internet platforms and social media companies in the U.S. have become guardians of the Western liberal order.