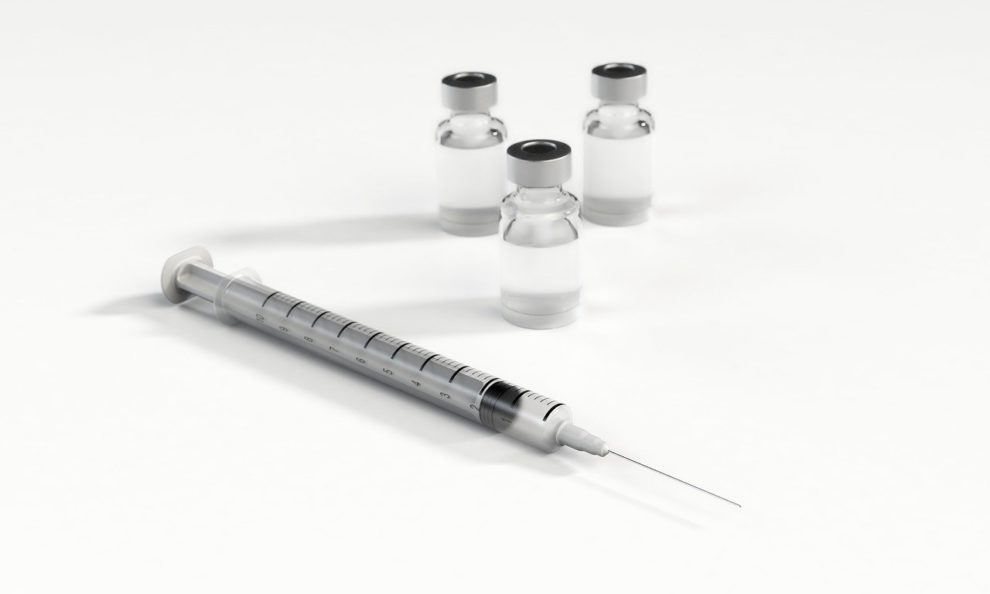 A new poll released Friday found that a whopping 94% of adults in the U.S. do not want pharmaceutical corporations to control the global supply of Covid-19 vaccines, lending additional support to international demands for achieving universal access to inoculation through more knowledge sharing, technology transfer, and public production of doses.

“These findings show that Biden has the support of the U.S. public to help countries across the world take back control of the vaccine supply and save millions of lives.”
—Solange Baptiste, ITPC

That 94% figure includes respondents who expressed no preference, and it revealed a strong bipartisan consensus, with 96% of Biden voters and 92% of Trump voters in agreement. The online survey was conducted by YouGov between June 9-10 on behalf of the Medicine Equality Now! campaign, which seeks to dismantle the intellectual property (IP) barriers that cause millions of unnecessary deaths per year by undermining equal access to lifesaving medicines.

While pollsters found that the vast majority of Americans are unaware of the extent to which pharmaceutical giants exercise monopoly powers over vaccine manufacturing and underestimate how much money a few private companies have made from selling doses, they also discovered that 50% of the nation’s adults—including half of Trump voters—consider it unacceptable that Big Pharma has made substantial profits from vaccines developed using public funding.

“The majority of the U.S. public is not satisfied with the current system of vaccine access,” Gregg Gonsalves, associate professor of epidemiology at Yale School of Public Health and global health activist, said in as statement. “As Americans, we know how pharmaceutical companies operate, prioritizing their profits ahead of saving lives.”

“More alarmingly,” Gonsalves noted, “many are simply not aware that the world’s recovery from this pandemic is controlled by a small number of pharmaceutical corporations—the exact system they’ve said they don’t want.”

Only 20% of the U.S. public thought that pharmaceutical companies wield the most control over global vaccine supply, the survey found.

Moreover, just over a quarter of respondents (26%) were aware that Big Pharma had brought in “very large” profits since the start of the vaccine rollout.

According to the poll:

Meanwhile, Corporate Watch estimated earlier this year that Moderna and BioNTech/Pfizer, respectively, will make profits of $8 billion and $4 billion from Covid-19 vaccines this year alone, and The Intercept reported that executives are planning to hike prices on doses “in the near future.”

According to the survey, a majority of U.S. adults want either the World Health Organization (WHO)—31%—or national governments—24%—to have the most control over global vaccine supply.

“Even in countries where the vaccine rollout is at an advanced stage, the public still has no desire for profit-seeking pharmaceutical companies to control the world’s supply of medicines,” Solange Baptiste, executive director of the International Treatment Preparedness Coalition (ITPC), said in a statement.

The new poll results come less than a week after the G7 summit—where leaders of the richest nations met to discuss responses to the coronavirus pandemic and other pressing crises, including the climate emergency and worsening inequality—was deemed by progressives to be a “colossal failure” due to the growing “gap between their actions and the needs of the world.”

G7 countries pledged to donate just 613 million new doses to impoverished nations over the next year—well short of the promised one billion, which is also woefully inadequate, experts say, given that vaccinating a sufficient percentage of the global population will require several billion additional doses.

Currently, of the 2.5 billion shots that have been administered worldwide, just 0.3% have gone into the arms of people living in low-income countries, with people in high- and middle-income countries receiving 86% of the doses, according to the New York Times. The vaccination rates in North America (68%) and Europe (59%) are far higher than in South America (35%), Asia (32%), Oceania (18%), and Africa (3.1%).

This manifestation of global inequality, which critics have called “vaccine apartheid,” has intensified the spread of coronavirus, particularly in South Asia, Latin America, and Africa.

A recent analysis by a coalition of humanitarian groups estimated that at the current pace, it would take low-income countries 57 years to fully inoculate their populations against the virus.

As public health experts and global justice campaigners have stressed for months, wealthy countries donating extra doses that they have hoarded “won’t end the pandemic.”

Instead, they argue, governments around the globe should endorse the motion at the World Trade Organization (WTO) to temporarily waive the Trade-Related Aspects of Intellectual Property Rights (TRIPS) Agreement, and push drugmakers to share relevant technology through the WHO’s Covid-19 Technology Access Pool (C-TAP).
“Even in countries where the vaccine rollout is at an advanced stage, the public still has no desire for profit-seeking pharmaceutical companies to control the world’s supply of medicines.”

—Baptiste
Suspending Big Pharma’s coronavirus-related patent protections for the duration of the pandemic and strengthening technology transfers, advocates say, would remove key barriers to the production of generic Covid-19 tests, treatments, and vaccines.

According to Medicine Equality Now!, 118 of the 164 WTO members, including the United States, currently support the TRIPS waiver. Although formal text-based negotiations of the proposal are underway, several members of the European Union, as well as the United Kingdom and a few additional countries, continue to side with Big Pharma in opposing the measure.

There are more steps, public health experts have pointed out, that rich governments can take to advance universal access to lifesaving Covid-19 vaccines, in addition to supporting the WTO TRIPS waiver and the WHO’s C-TAP initiative.

As Common Dreams has reported, a coalition of more than 60 progressive advocacy groups, led by Public Citizen, has called on Biden to establish a global vaccine production program to bring the Covid-19 pandemic to an end and prepare for future ones. Earlier this month, 42 House Democrats joined the chorus.

Public Citizen recently outlined how an investment of just $25 billion dollars—around 3% of what the U.S. spends on its military each year—would be enough to set up regional manufacturing hubs around the world to produce eight billion coronavirus vaccine doses in less than a year.

Covid-19 has already claimed the lives of over 3.8 million people worldwide so far—including 2.7 million since the TRIPS waiver was first proposed by India and South Africa last October—and the WHO recently estimated that the pandemic’s true death toll could be between six and eight million people.

Epidemiologists have warned that the longer the pandemic is prolonged due to a refusal on the part of many rich countries and pharmaceutical corporations to make vaccines available to everyone on the planet, the more chances the virus will have to mutate, which could lead to vaccine-resistant variants that further endanger billions of lives and livelihoods worldwide.

In light of the failure of the G7 to develop a plan capable of ending the pandemic, Progressive International has convened an emergency summit this weekend, where vaccine manufacturers, healthcare workers, and government officials, including ministers from the Global South, will meet virtually to discuss how to foster the “vaccine internationalism” the global left says is necessary to “produce, distribute, and deliver Covid-19 vaccines for all.”

Baptiste, for her part, called the TRIPS Agreement “perhaps the world’s worst international agreement,” and said that “this pandemic clearly illustrates why we need permanent reform.”

Referring to the new poll, she added that “these findings show that President Joe Biden has the support of the U.S. public to help countries across the world take back control of the vaccine supply and save millions of lives.”

This article first appeared on CommonDream.org.