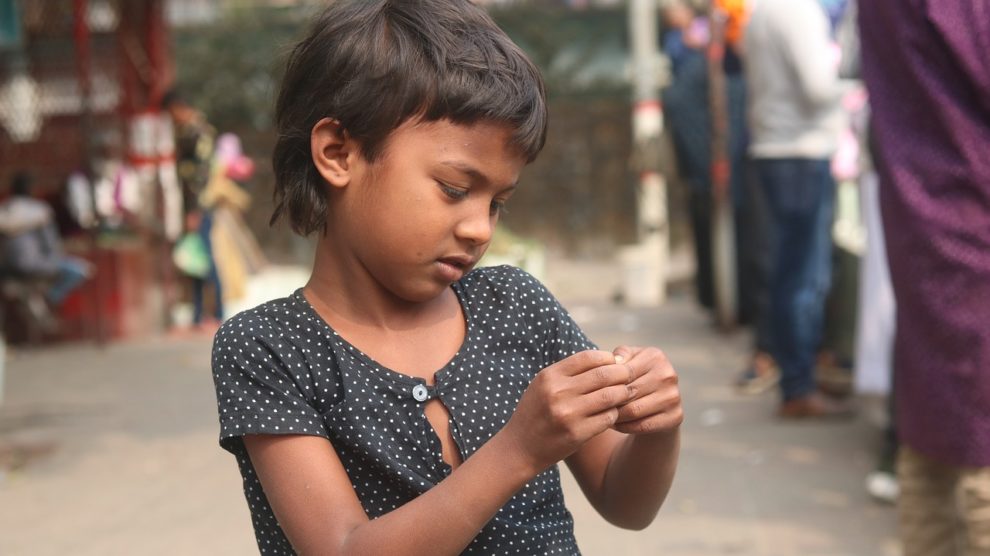 The Biden administration’s treatment of refugees, asylum-seekers, and immigrants “not only falls short of expectations but is in urgent need of course-correction”—particularly its growing reliance on mass detention and widespread denial of access to people requesting protection at the U.S. southern border—Amnesty International USA argues in a new report released Thursday.

“President Joe Biden assumed office pledging a fair and humane immigration system, placing racial justice and human rights at the heart of his vision,” begins Amnesty’s report (pdf), Needs Improvement: A Progress Report on the Biden Administration’s Record on Making the United States a Safe Refuge. “His promised agenda was a stark contrast to that of former President Donald Trump’s administration, which used xenophobia to justify punitive and cruel policies that dismantled access to protection for many people.”

“The Biden administration has yet to act boldly to undo the Trump administration’s harm and restore humanity in how the U.S. treats refugees, asylum-seekers, and immigrants.”
—Amnesty report

Nevertheless, “the Biden administration has yet to act boldly to undo the Trump administration’s harm and restore humanity in how the U.S. treats refugees, asylum-seekers, and immigrants,” says the report. It comes just days after Vice President Kamala Harris discouraged would-be Central American migrants attempting to escape poverty, violence, and extreme weather—factors that are inseparable from decades of U.S. intervention in the region, including the promotion of neoliberal policies and genocidal right-wing dictatorships—from fleeing to the U.S.

“Despite some welcome changes, overall progress has been slow and uneven,” the authors wrote. “Most alarmingly, the administration needs to immediately reverse its direction on immigration detention, where it is rapidly going backwards, and fully restore access to asylum at the U.S. southern border, where it continues to maintain the Trump administration’s policy of blocking and expelling people at the border. Failure to act and course-correct is a betrayal to people seeking safety.”

Emphasizing that “the drastic rise in the number of detained people reflects how the Department of Homeland Security (DHS) is reverting back to a blanket use of detention for people arriving at the border,” the report notes that:

Shortly after President Biden took office, Immigration and Customs Enforcement (ICE) reported detaining 13,860 people on February 5. As of June 11, the number of people ICE reported detaining has skyrocketed 82% to 25,238. His proposed budget for fiscal year 2022 funds detention space for 32,500 beds. Returning to Obama administration levels of detention is not progress; it is history repeating itself.

In addition, the report points out, “the Biden administration has shamefully continued the Trump administration’s policy of misusing the Title 42 public health authority to block and expel people at the border, recklessly endangering lives.”

“There is no public health rationale to treat immigrants and asylum-seekers differently, and it is causing irreparable harm to them,” the authors wrote. “The welcoming of unaccompanied children at the border, while continuing the expulsion of families and individuals, has created family separation.”

Between March 2020 and May 2021, the government summarily expelled nearly 875,000 people, particularly affecting Black immigrants and asylum-seekers. The Biden administration has expelled over 400,000 of those people. This misuse of Title 42 continues despite objections by CDC officials and against the recommendations of public health experts. All of this was entirely unnecessary and violates U.S. obligations to uphold the right to seek asylum and not forcibly return individuals to a place where they would be at risk of serious human rights harm.

According to Amnesty, “Recent statements suggest the Biden administration will continue to rely on mass detention for people arriving at the border, particularly when it ceases to misapply the [Title 42] public health quarantine… to block access to safety at the border.”

On the issue of unaccompanied children arriving at the border, Amnesty offers some praise to the Biden administration for undertaking “an urgent whole-of-government response to welcome” thousands of migrating minors, while stressing that much more needs to be done to ensure their well-being, including “systemic changes at the Office of Refugee Resettlement (ORR) to reverse the government’s historic pattern of relying on emergency sites for unaccompanied children.”

“Mobilizing emergency intake sites helped address children’s welfare swiftly by moving them out of Customs and Border Protection (CBP) facilities, which are no place for children to stay a moment longer than absolutely necessary,” the authors wrote. “But the administration must act much faster to move children from these emergency intake sites and close them down altogether. Emergency care is not suitable for the long-term; it is a stopgap measure for discrete, short periods.”

“In addition,” the report notes, “the Biden administration continues to misuse the Trafficking Victims Protection Reauthorization Act to immediately return almost all unaccompanied Mexican children to Mexico. CBP is failing to adequately consider the protection needs of Mexican children by forcibly returning them and belying the administration’s commitment to welcome children seeking safety.”

.@SecMayorkas recently met with Mexican officials on "areas of mutual interest." Upholding children's best interests should be at the top.

We call on @POTUS & @lopezobrador_ to respect all children’s right to seek asylum: https://t.co/yA9W4lT2dh"

Regarding involuntary displacement driven by the climate emergency, Amnesty urges the Biden administration to “draw up plans on climate displacement based on human rights and humanitarian protection,” stressing that “efforts to address root causes cannot and should not be a pretext for increased border control.”

With respect to refugee protection, Biden’s belated commitment to admit up to 62,500 refugees this fiscal year “must be a down payment on his campaign promise to welcome 125,000 refugees in his first year in office,” the researchers added.

The human rights organization also calls on the Biden administration to “more robustly grant humanitarian protection through Temporary Protected Status (TPS) to protect people already in the U.S. from forced return to their countries of origin because of ongoing armed conflict, ‘extraordinary and temporary conditions,’ and environmental disasters.”

While “systemic reform that respects human rights means explicitly addressing the racism underlying the U.S. immigration system,” authors of the report wrote, “current policies that perpetuate deterrence, detention, and deportation do the opposite and must be eliminated to end systemic harms against Black and Brown communities.”

For each of the six immigration policy arenas examined in the report, Amnesty made specific recommendations. Some of the group’s proposed solutions include:

“President Biden has a clear choice,” said Bell. “Retain inhumane policies and own the stain they leave on his administration’s human rights record, or turn a promised commitment to human rights and racial justice into concrete action.”

“There is still hope for change,” she added, “but words alone will not achieve it.”