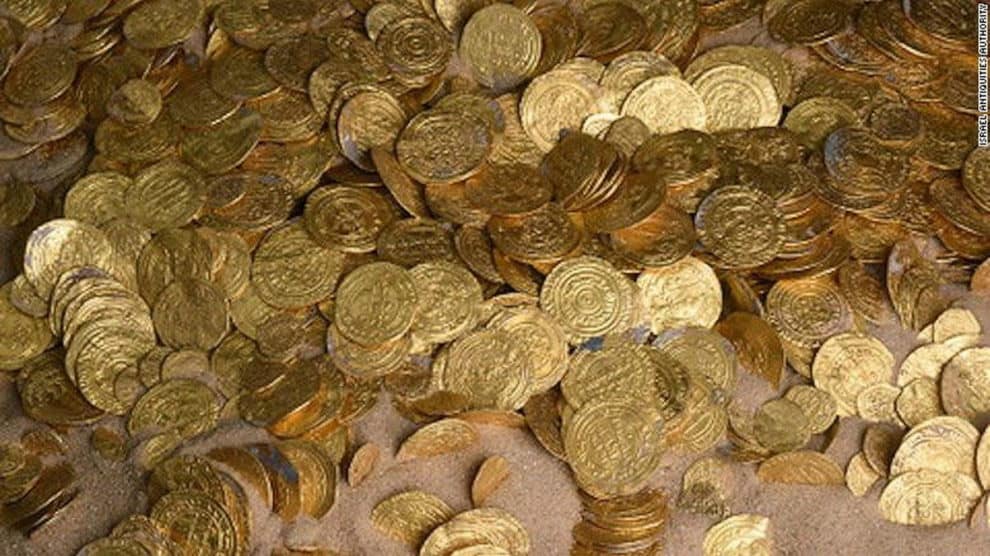 According to the latest report, the youths in Israel have now unearthed a hoard of gold coins belonging to an unknown person. As noted by Reuters, the treasure is more than a thousand years old. Furthermore, the 1000-year-old pure gold coins, found last week in central Israel during a site excavation process, were stashed away in a clay vessel.

On August 18, 2020, some teenagers who volunteered at an excavation in central Israel, found 1000-year-old gold coins while digging in an archaeological site. According to the Israeli youths, the treasure was hidden away in a clay vessel.

According to the excavation director Liat Nadav-Ziv, he said the person who hid the treasure must have planned to come back for them. Here’s a brief of what the director said below:

“The person who buried this treasure 1,100 years ago must have expected to retrieve it and even secured the vessel with a nail so that it would not move. We can only guess what prevented him from returning to collect this treasure.”

For now, the identity of the person who hid the treasure is still unknown. However, according to the report, the area in Israel, where they found the 1000-year-old pure gold coins, used to house workshops. Also, an Israeli youth Oz Cohen, who found the treasure, was also able to say one or two things regarding the incident. Here’s what Cohen said below:

“I dug in the ground and when I excavated the soil, saw what looked like very thin leaves. When I looked again I saw these were gold coins. It was really exciting to find such a special and ancient treasure.”

Worth of the gold coins

For now, the exact worth of the ancient treasure is still yet uncertain. However, according to Robert Kool, a coin expert at the Antiquities Authority, the 425 24-carat pure gold coins would have worth a significant amount of money as at the ninth-century Abbasid Caliphate period.

Here’s a better explanation, given by Kool, regarding the worth of the 1000-year-old gold coins below:

“For example, with such a sum, a person could buy a luxurious house in one of the best neighborhoods in Fustat, the enormous wealthy capital of Egypt in those days.”