With over 200 million subscribers across the world, one can safely conclude that Amazon Prime Video is one of the most popular video streaming services out there. Released in September 2006, many people love Prime Video because of several factors. Some of them are because the platform offers very good video quality and a growing library of top-notch original content. Besides, Prime Video is highly remarkable as it doesn’t require more money for any of its titles. However, you need to know that this streaming platform isn’t without its issues. According to the latest reports, it seems Amazon Prime Video subscribers are experiencing a situation where the app is not working on their Smart TV units.

The rest of this post will further focus on sharing everything you need to know about the latest Amazon Prime Video issue, including how to resolve it.

If you’ve been using Amazon Prime Video for some years now, you’ll certainly agree with me that it’s pretty much reliable. The platform is widely known for its top-notch content and excellent video quality. As with other video platforms out there, you should know that the platform is not perfect and has its issues.

The situation where the “Amazon Prime Video app is not working on Smart TV” has been around since last year, as spotted by Piunikaweb. You can check here (1,2,3) to see what the users reported about the issue. According to the affected users, each time they try watching content on the app, they get an error message. It says “Something went wrong, please try again later.”

According to the latest reports, it seems the Prime Video issue, which first surfaced last September, still affects some users.

PinkyM, an Amazon Forum user, recently posted that he’s unable to view full movies from Prime on his Smart TV. Instead of displaying the movies, the app directs the user to “prime.com/help“. Adding to this, the user mentioned that the app allowed him to play trailers with no issue. You can also check here to see a recent and similar report regarding the issue. 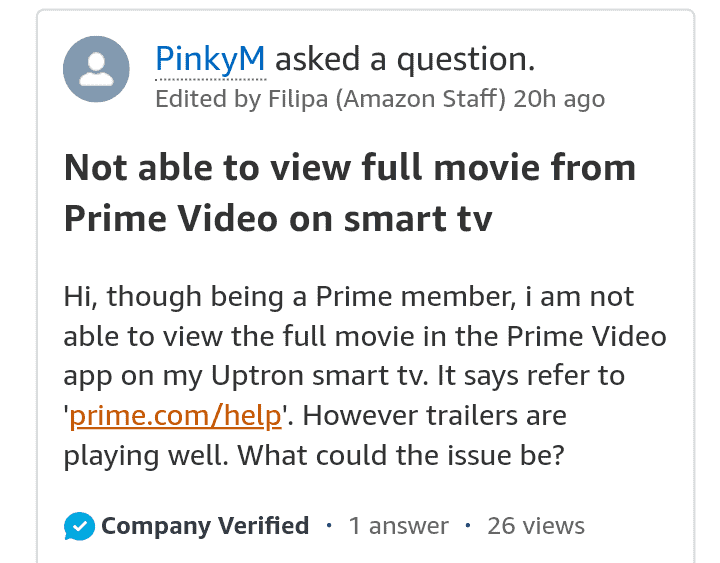 Is there any official fix to resolve the issue?

Unfortunately, there’s currently no fix for the issue where Amazon Prime Video apps are not working on Smart TV units. The good news, however, is that the Amazon Prime team is aware of the issue. 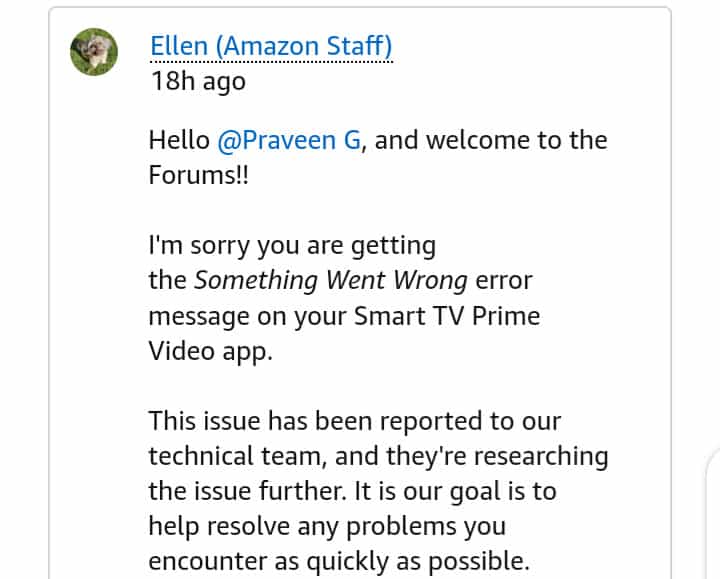 For now, we still don’t know when the official fix will be available. In the meantime, you might try the workarounds suggested by the Prime Video staff. As usual, we’ll keep monitoring the team for more updates. As soon as we find anything worth sharing, you’ll be the first to know about it here.