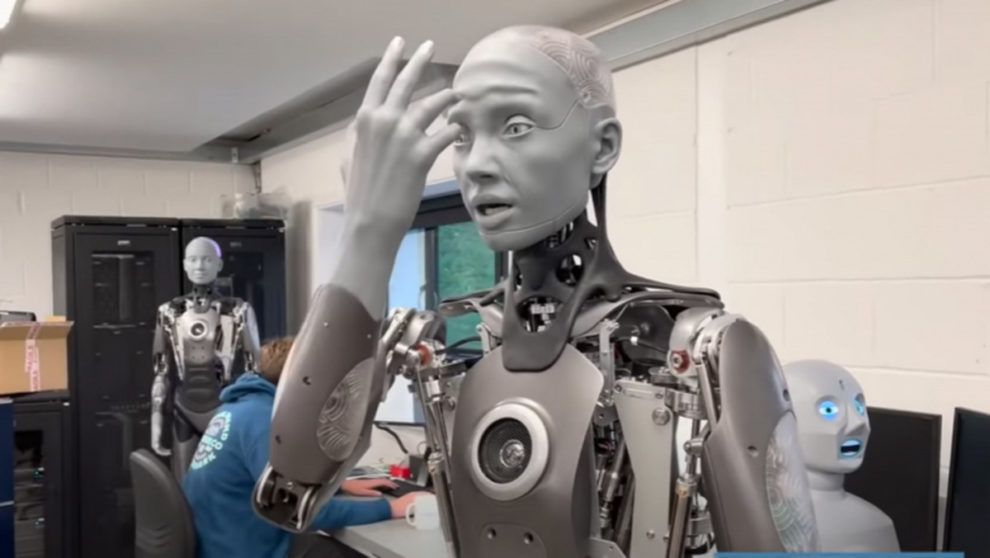 Engineered Arts, a robotics company based in the United Kingdom, has just released the first videos of its new humanoid robot named Ameca, which can make hyper-realistic facial expressions. It’s a stunning accomplishment in the world of robotics; it also happens to be terrifying.

The humanoid appears to have awoken in a robotic laboratory, as seen in the video below, while an actual human works in the background. In a matter of seconds, the robot moves its arms and displays a flurry of expressions. WATCH:

Complete details, images, videos and specs of the Ameca humanoid robot are available at: https://www.engineeredarts.co.uk/robot/ameca/.

“A humanoid robot will always instil an image of what the future may hold. Ameca represents a perfect platform to explore how our machines can live with, collaborate, and enrich our lives in tomorrow’s sustainable communities,” said Morgan Roe, Director of Operations at Engineered Arts. “Ameca integrates both AI with AB (artificial body) for advanced, iterative technologies that deliver superior motion and gestures, all housed in a human form and robotic visage for a non-threatening, gender-neutral integration into an inclusive society,” added Roe.

The Engineered Arts team can create any robot figure in as little as four months. All Engineered Arts Ameca, Mesmer series and RoboThespian robot creations are available for ownership or through an integrated end-to-end rental program for special limited engagements and showcases across the world. To learn more about the humanoid robots from Engineered Arts visit: https://www.engineeredarts.co.uk/