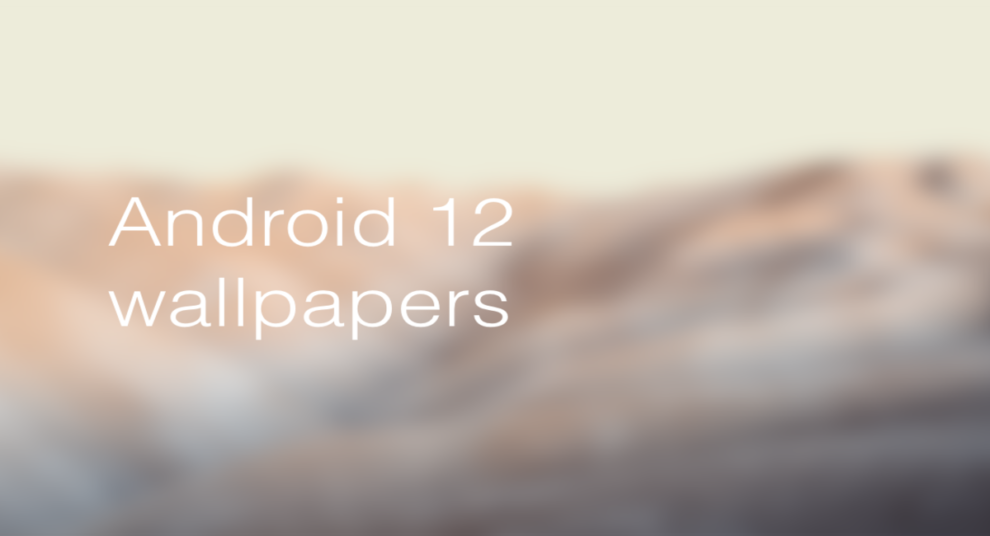 The first Developer Preview of the Android 12 operating system is set to launch and the final version will roll out sometime later this year. It will offer several new features and improvements which are yet to unpack for few months. Users can expect better dark theme support in this version, better privacy changes, and an advanced notification system.

But you can download the new wallpapers from the upcoming Android 12 update for any smartphone.

The new Android 12 wallpapers are available on the Russian website, Wylsa, and come in different sizes suitable for any device. Smartphones, tablets, PC, they can fit any device regardless of the operating system. Users can download the wallpaper in high resolution, with both standard vertical versions. These wallpapers offer a resolution of 1440p.

Google is bringing the minimal design for the wallpaper as per its tradition. The wallpaper will support both the dark mode and light mode. Since the released wallpaper image is for the Developer Preview, which means that these wallpapers might not be available in the final version, which is likely to roll out later this year.

Google is determined to make Android 12 more privacy-focused. There will be a Privacy settings page showing you the options where you can disable the camera and mute the microphone. Android 12 mockup screenshots look impressive and can offer even detailed customization.

These mockups suggest that Google is working on making the widgets on Android 12 more effective than before. Several conversation widgets showing Recent messages, missed calls, and activity statuses. These widgets have features such as the sender’s profile picture and message preview.

Users must be hoping for a promising change in the Android 12 along with a new set of wallpapers.