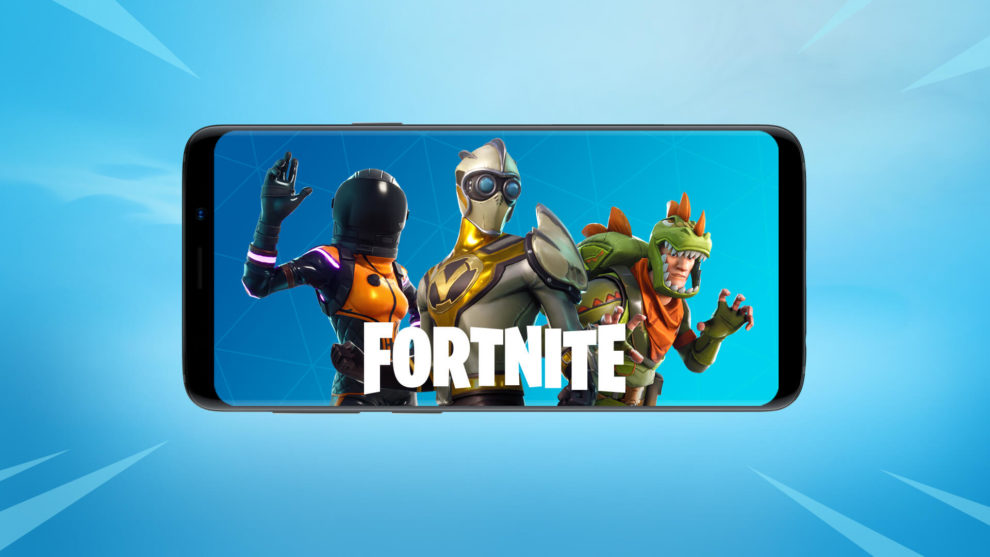 Fortnite Mobile, developed and released in September 2017 by Epic Games, is a free-to-play battle royale game. The game is available for play on major mobile devices, including iOS and Android. Today, Fortnite Mobile has over 350 million players across the world, according to Business of Apps. The battle royale game’s popularity is because of a couple of factors; one of them is the fact that it’s free to play. Many people also love the game because it offers a similar experience as the Fortnite original. Although Fortnite Mobile is an amazing game, it also has its issues. According to multiple reports, some Fortnite Mobile (Android) players are now complaining of a situation, in which the 90 FPS and 45 FPS settings are missing.

Epic Games, on May 10, released new patch notes for the Fortnite game. The version V10.40.1 update came with new content and bug fixes. For instance, the latest security patch for Fortnite Mobile was able to fix the annoying visual issue, in which microphones displayed as on even when the players weren’t in voice chat.

Unfortunately, the new patch notes for the Fortnite game also introduced a couple of bugs for mobile players. The latest reports across social media sites reveal that Fortnite Mobile users are now experiencing an annoying situation, in which both the 90 fps and 45 fps settings are missing on mobile devices. You can check here (1,2,3,4) to get more information regarding the issue on the ground.

In a recent post, the Epic Games team has come out to acknowledge the issue, in which Fortnite Mobile 90 and 45 fps settings are missing for Android users. The team said the issue results from the mobile game’s compatibility conflicts with recent GPU drivers on various devices. You can check here (1,2) to read about the official statement. 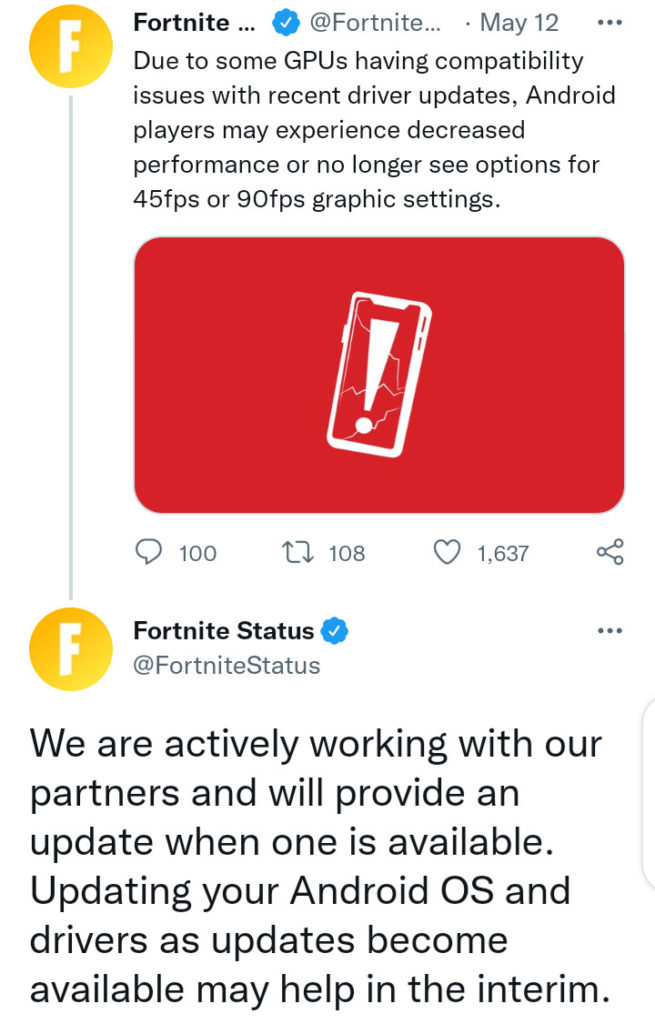 The Epic Games team is already working on a fix to address the annoying issue. As soon as the team drops the official fix, we’ll let you know about it here.