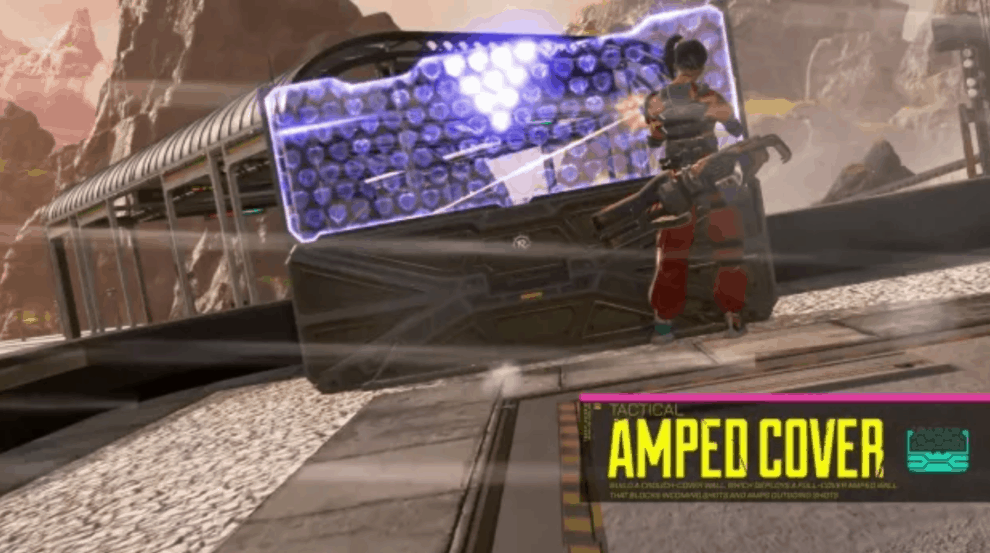 Respawn Entertainment released the Season 6 of Apex Legends only a few days ago. Enthusiastic players who dived in since release have discovered a bug in Apex Legends Season 6 that makes melee attacks with Heirlooms far less damaging than even normal punches to Rampart’s Amped Cover. Thankfully, Respawn has acknowledged the bug and told fans that it will release a fix soon.

Rampart’s Amped Cover gives her and her teammates a barrier that lets them fortify the position and fend off opponents. It not only blocks incoming shots but also amps up the outgoing ones. Typically, it takes the enemy players only a few punches to destroy the Amped Cover.

But players with Heirlooms melee weapons have noticed that it takes them about seven times more hits to shatter Rampart’s wall cover. Reddit users have shared footage showing it in action. In the video, an Octane with his butterfly knife had to hit 14 times before Rampart’s amped wall broke down. But the wall collapsed in just two hits after switching to Caustic, a character without Heirloom.

Dozens of users have been able to replicate the same bug in Apex Legends Season 6. Other types of Heirlooms have suffered the same issue. Some players speculate that the bug could be within the Heirloom sets’ behavior. The bug could slow you down and make you vulnerable.

Respawn Entertainment’s Game Director Chad Greiner has acknowledged the Heirloom bug. He told gamers that the Apex Legends development team is “enjoying a much needed week off right now.” But the company will roll out a fix by next week. Greiner didn’t mention a specific release date for the update.

The Apex Legends Season 6 brings Rampart as a new character, taking the total number of unique characters to 14. Each of them has their own abilities and styles. The new season also adds a new Legend, new Volt SMG, and the World’s Edge map changes.

One of the biggest highlights of Season 6 is the Evo Armor, which upgrades itself automatically depending on the damage suffered. But the Gold-quality armor is not part of the Evo Armor pool.