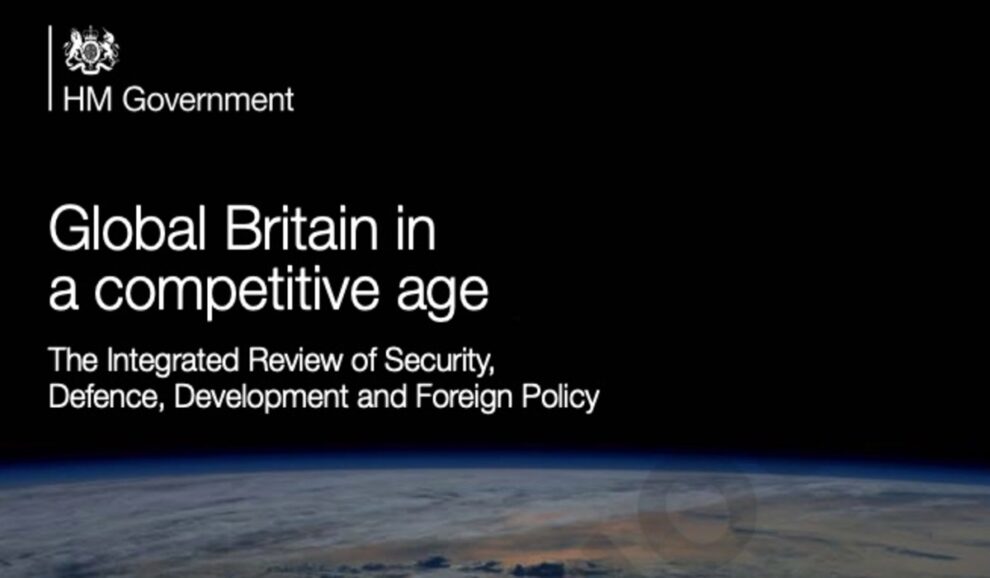 The UK’s publication of the Integrated Review of Security, Defence, Development, and Foreign Policy this week marks a significant turning point in British foreign policy, possibly one of the most important since the second world war. For it represents a new, proactive approach, the likes of which we did not see while the country was a member of the European Union. With language such as ‘projecting power’ and ‘shape the international order of the future’ it is clear that the UK intends to extend its influence beyond what we have seen in recent years and promote its ‘values’ in an imperialist fashion. This effectively means more meddling in the affairs of other states.

The 114-page document makes no apology for this ‘change of approach’, citing the reality of the current geopolitical landscape: “Over the last decade, UK policy has been focused on preserving the post-Cold War ‘rules-based international system’ which has greatly benefited the UK and other nations. Today, however, the international order is more fragmented, characterised by intensifying competition between states over interests, norms and values.”

However, it’s not clear how Britain throwing its weight around the international arena is going to preserve peace. On the other hand, it looks very much like Boris Johnson is wanting to reinvent the British Empire post-Brexit, using the ‘fragmented’ international order as an excuse. We know for example, that Johnson has long been an admirer of the time when ‘Britannia ruled the waves’. He was once quoted as saying regarding British colonialism in Africa that ‘the problem is not that we were once in charge, but that we are not in charge any more’.  The British Prime Minister has also previously expressed regret at the ‘self-recrimination and general wetness’ over the British Empire. Is he now wanting to revert the ‘cringing embarrassment about our history’ which he so detests?  Is this Boris’ Empire take 2?

Britain has effectively returned to her status of a competing power as we saw in the 19th and early 20th century before the First World War broke out. This should, of course, set alarm bells ringing, as we all know how this great power competition panned out in the first half of the twentieth century. This time, the stakes are undoubtedly much higher, because instead of the likes of Big Bertha, we’re dealing with weapons such as Sarmat – a nuclear missile so deadly it has been dubbed ‘Satan 2’.  In this Integrated Review, it’s been announced that far from reducing her nuclear capability, as it was its stated aim back in 2010 when it planned a reduction from 225 missiles, Britain plans to increase its number of nuclear missiles from 180 to 260.

This development should be a worry for all of us. It is of particular concern to Scotland, where the Westminster government chooses to store its nuclear weapons, meaning the small nation is home to the largest concentration of nuclear weapons in the world. Humza Yousaf, the Scottish Justice Secretary said yesterday Johnson’s plans to increase Britain’s nuclear capability was ‘utterly unacceptable to the Scottish government’, condemning London for having ‘wasted billions on weapons that must never be used’. He also noted there had been a ‘lack of engagement with the Scottish Government on the review’ – no doubt due to the fact that the Scottish government would have been likely opposed to most of what was outlined in the document.

Changes to defence and security policy of this degree do require some justification. Phrases like adapting ‘to a more competitive and fluid environment’ don’t really cut it, which is why the document proceeds to play up the threat posed by China and Russia. And while it can’t afford to name China as an outright adversary (given the substantial trade between the two countries), as such it is termed a ‘systemic competitor’ the review boldly labels Russia as the ‘most acute direct threat to the UK’. As I have discussed in previous articles, I believe the reading of Russia as a threat in this regard is misinformed and the country is repeatedly being used as a smokescreen for advancing particular geopolitical agendas.

One significant revelation in the review, is the mention of the ‘multipolar world’. It is the first time I recall seeing a reference to the ‘multipolar world’ in official government policy documents, a phrase which on the other hand has been used repeatedly by Russian and Chinese officials who have long pointed to a shift in the geopolitical landscape after the fall of the Soviet Union, and the fact that US/western hegemony will no longer be tolerated. In this way, the review’s acceptance of current realities is welcome. It notes ‘ideological competition between different types of political system will increase’ and ‘systemic competition will determine the shape of the future of the international order’.

However, how Britain fits into this multipolar world is the question. And the repeated mention of the UK’s plan to project itself as a ‘force for good’ is concerning. I’m sure the same argument was used in colonial times when British imperialists tried to ‘civilise’ peoples of Africa, Asia and Australasia and elsewhere, inadvertently destroying cultures, spreading disease and sowing the seeds of war and destruction which continue in these parts to this day. Recent leaked documents of the UK’s attempts in the last few years to reduce Russian influence in former Soviet bloc countries through the British Council and the BBC, paints a pessimistic picture of how this could play out and that we are seeing the return of British imperialist tendencies. As such, the Integrated Review looks like nothing more than an attempt by post-Brexit Britain to reassert itself on the international stage. Beware.