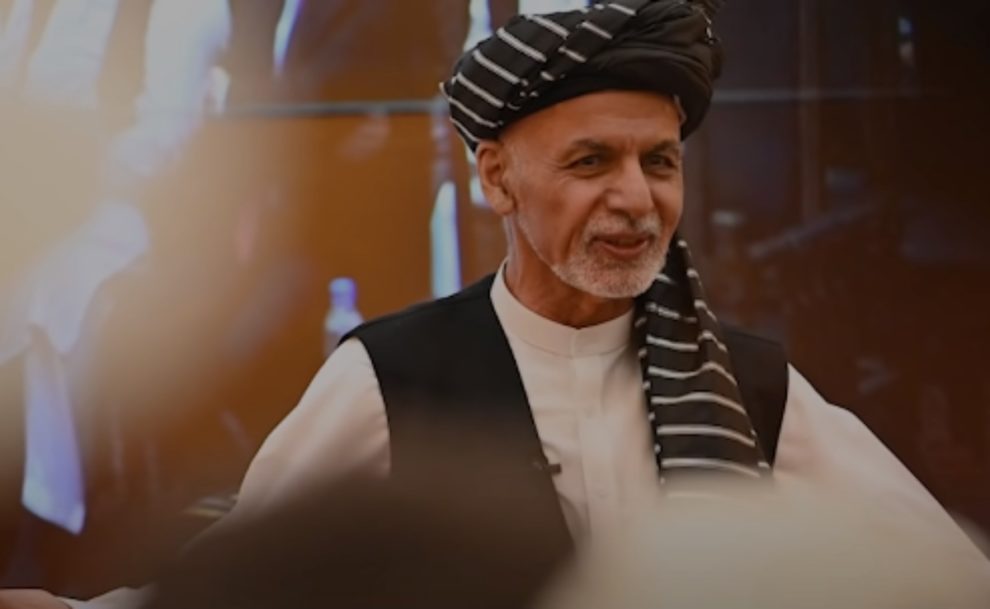 “I saw the Afghan President escape with millions,” claims Brigadier General Piraz Ata Sharifi, former Afghan leader Ashraf Ghani’s bodyguard, adding that the latter left him to hide in squalid cellars after the Taliban took over Kabul in August.

Sharifi has also promised to expose the corruption of his former boss, who he claims fled the country with bags containing hundreds of millions of dollars in public funds, according to the Daily Mail.

The general has CCTV evidence from the palace to prove this, according to the Brigadier General, who added that he will share proof if he is able to flee Afghanistan.

That is a significant “if.” And it’s growing by the day. Because a manhunt has been declared across the Afghan capital, and the Taliban dragnet was closing in this week, according to the report.

Wanted posters have appeared at Taliban security positions throughout Kabul.

They display the General’s mugshot and the following text: “(This is) General Piraz Sharifi, also known as ‘Ata.'” He was the president’s personal bodyguard. He now carries 300 weapons. If you have any information about the person or his whereabouts, please contact the Islamic Emirate of Afghanistan.

“There is a reward for such information of one million Afghanis.”

The General’s fear of capture is compounded by the fact that the search is being led by the most ruthless member of the new Taliban government, according to the report.

One of the General’s brothers has already been identified and shot in the street.

The General recounted the events that led to Ghani’s departure, saying, “We were waiting for the president there.” But then I got a call saying that the President had gone to the airport instead of coming to the Defence Ministry.

“The Defence Minister had also fled. So had my boss. So had all of Ghani’s close family and entourage.”

But not the general and other VIPs, who discovered that they were not as close to the inner circle as they had imagined.

“The President never told us he was going,” he said. “They just escaped and left me behind.”

He said: “I have a (CCTV) recording (from the palace) which shows that an individual at the Afghan Bank brought a lot of money to Ghani before he left.

“Hundreds of millions, perhaps billions of dollars. There were many big bags and they were heavy. It was not rice.”

He pats a bag of rice beside him, ruefully, Daily Mail reported.

“This money was supposed to be for the currency exchange market. Each Thursday, the dollars were brought for that purpose.

“Instead, it was taken by the president. Ghani knew in the end what would happen. So he took all the money and escaped. I never thought he would do that. But I have the evidence which I will share when I am in a safe place.”

Ashraf Ghani is in UAE, fled Afghanistan with 169 million US dollars