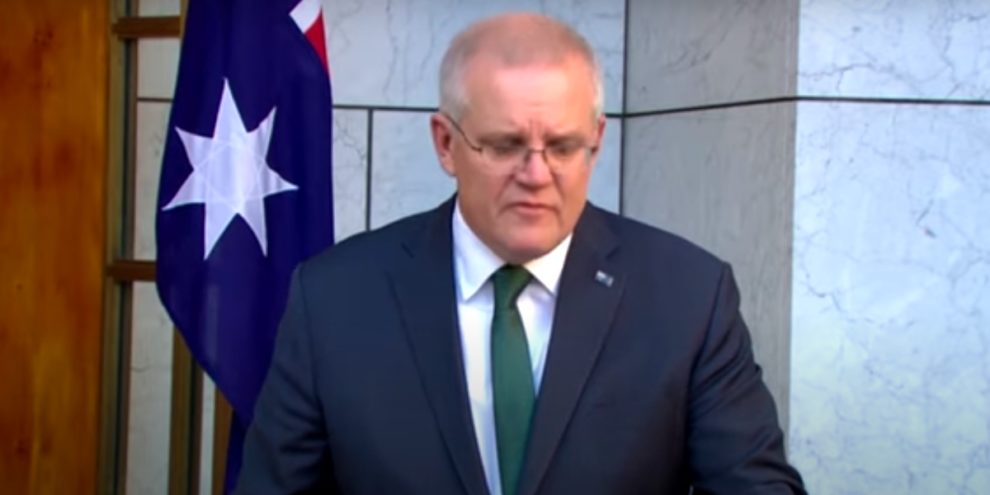 According to a new poll released on Monday, Australian Prime Minister Scott Morrison’s approval rating has dropped to its lowest level since March 2020.

According to the Newspoll survey, Morrison’s personal approval rating has dropped into negative territory for the first time since the coronavirus hit Australia, according to the Xinhua news agency.

According to the poll, the proportion of voters satisfied with Morrison’s handling of the pandemic has dropped from 52% in mid-July to 48% now, compared to a record-high 85% in April 2020.

For the first time since April 2020, when restrictions were first implemented across Australia to prevent the spread of Covid-19, more voters were dissatisfied than satisfied with Morrison, giving him a net rating of negative two.

The poll was conducted in the midst of growing dissatisfaction with Australia’s troubled vaccine rollout.

So far in August, approximately half of Australia’s population in New South Wales, Victoria, and Queensland has been placed under lockdown to prevent the spread of the Delta variant.

In the midst of the country’s worst outbreak in a year, Newspoll found that support for Morrison’s handling of the vaccine rollout fell two points from mid-July to 38 percent.

Rising discontent with Morrison has left the Coalition party facing an uphill battle to win a fourth consecutive term in government at the general election, which is scheduled for before May 2021.

According to Newspoll, the opposition Labor Party leads the Coalition on a two-party preferred basis 53-47, its equal-largest lead since the 2019 election.

Why Does an Australian Casino Offer 200 Free Spins?