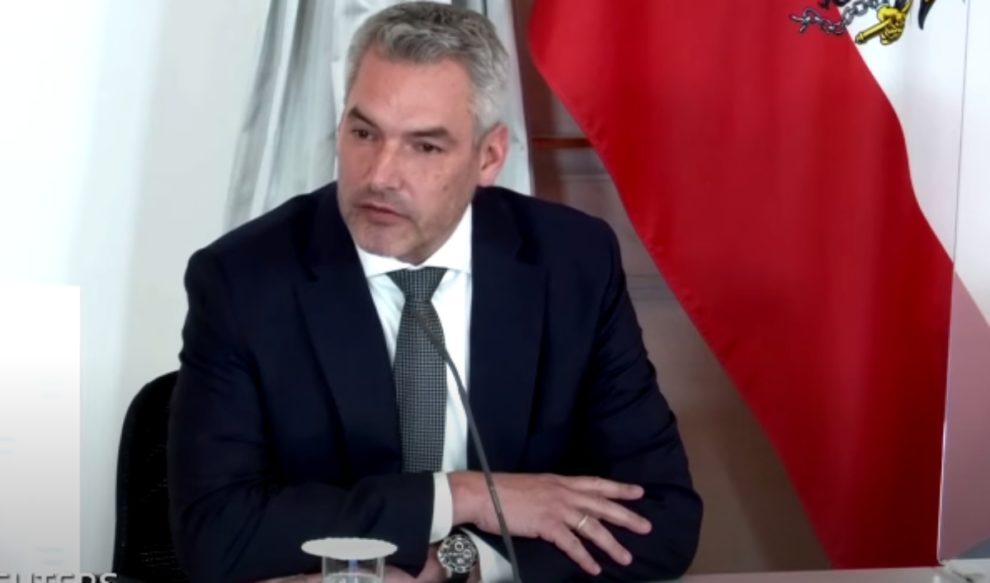 Nehammer, who has received two doses of vaccine and a booster, had not however experienced any symptoms, it added.

“No cause for worry, I’m fine,” the Austrian chancellor wrote in a statement.

“I continue to plead: get vaccinated, have a booster, these will certainly protect you against any serious form” of the virus.

Austria is currently in a lockdown for the unvaccinated, who make up about 30 percent of the population — among the highest in western Europe.

In November, Austria became the first and so far only country in Europe to announce that Covid-19 vaccines would become mandatory for all eligible residents.

The mandate, which comes into effect in February, has pushed some vaccine sceptics to get the jab. But tens of thousands of people have taken to the streets to protest the mandate.