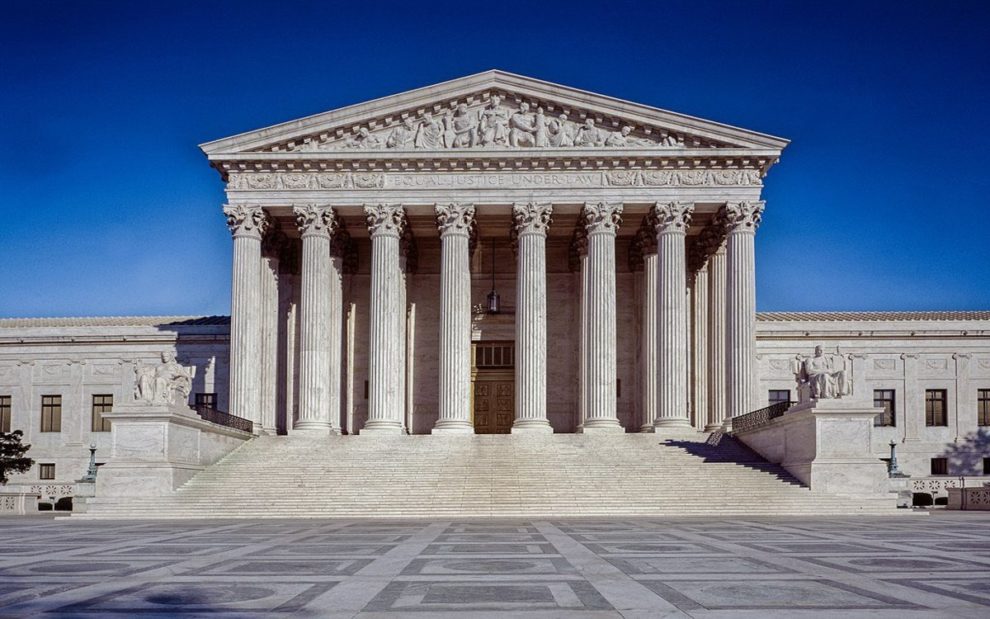 The US Supreme Court appeared to be divided on Friday over President Joe Biden’s Covid vaccination-or-testing mandate for businesses with liberal justices strongly in favor and conservatives expressing skepticism.

But a majority of the nine justices appeared to support an administration requirement that healthcare workers at facilities receiving federal funding get their shots.

After months of public appeals to Americans to get vaccinated against Covid-19, which has killed more than 830,000 people in the United States, Biden announced in September that he was making vaccinations compulsory at companies that employ 100 workers or more.

Unvaccinated employees would have to present weekly negative tests and wear face masks at work.

The Occupational Safety and Health Administration (OSHA), a federal agency, has given businesses until February 9 to be in compliance with the rules or face the possibility of fines.

Vaccination has become a politically polarizing issue in the United States, where 62 percent of the population are vaccinated.

A coalition of 26 business associations filed suit against the OSHA regulations and the conservative-dominated Supreme Court agreed to hold an emergency hearing and also hear arguments about the vaccine mandate for healthcare workers, which is being challenged by Republican state lawmakers.

The three liberal justices on the court appeared to strongly favor both mandates.

“Why isn’t this necessary to abate the grave risk?” Justice Elena Kagan asked the lawyer representing business associations opposed to the policy.

“This is a pandemic in which nearly a million people have died,” Kagan said. “It is by far the greatest public health danger that this country has faced in the last century.

“And this is the policy that is most geared to stopping all this.”

Scott Keller, a former Texas solicitor general representing the business groups, said the rule requiring Covid vaccinations at companies that employ 100 people or more would lead many workers to quit.

“An economy-wide mandate would cause permanent worker displacement, rippling through our national economy,” Keller said.

Ohio Solicitor General Benjamin Flowers, also argued against the OSHA rule, saying it was “not truly intended to regulate a workplace danger.”

Testifying remotely by telephone after a positive Covid test, Flowers said Covid is a “risk we all face — when we wake up, when we’re with our families, when we stop to get coffee on the way to work.”

Chief Justice John Roberts acknowledged there was “pressing urgency to addressing the problem” of the pandemic but joined other conservative justices in questioning whether it should be the federal authorities that respond with mandates.

“This is something that the federal government has never done before, right, mandated vaccine coverage?” he asked.

– ‘Not some kind of newfangled thing’ –

Justice Stephen Breyer, a liberal, responded to Keller’s claims that many people may quit their jobs if forced to get vaccinated.

“Some people may quit, maybe three percent,” he said.

“But more may quit when they discover they have to work together with unvaccinated others because that means they may get the disease,” Breyer said.

Republican lawmakers and business owners have argued that mandatory Covid shots are an infringement on individual rights and an abuse of government power.

But Solicitor General Elizabeth Prelogar, arguing for the Biden administration, said a vaccination mandate is “not some kind of newfangled thing.”

“Most of us have been subjected to compulsory vaccination requirements at various points,” Prelogar said.

Louisiana Solicitor General Elizabeth Murrill, arguing against the vaccination mandate for healthcare workers, called it a “bureaucratic power move that is unprecedented.”

The conservatives justices on the court appeared to be more receptive to the government’s arguments in favor of requiring vaccinations for health care workers.

The Supreme Court is expected to rule shortly, possibly within days.

Businesses with 100 employees or more represent about two-thirds of the private sector workforce in the United States, or some 80 million people.

The healthcare worker mandate would apply to roughly 10 million people.

The Supreme Court has six conservative justices and three liberal justices, and all of them have been vaccinated and received booster shots.

If the court blocks the vaccination mandates, it would be a major blow to Biden, who has made bringing the pandemic under control one of his priorities but is battling a surge in cases from the Omicron variant.