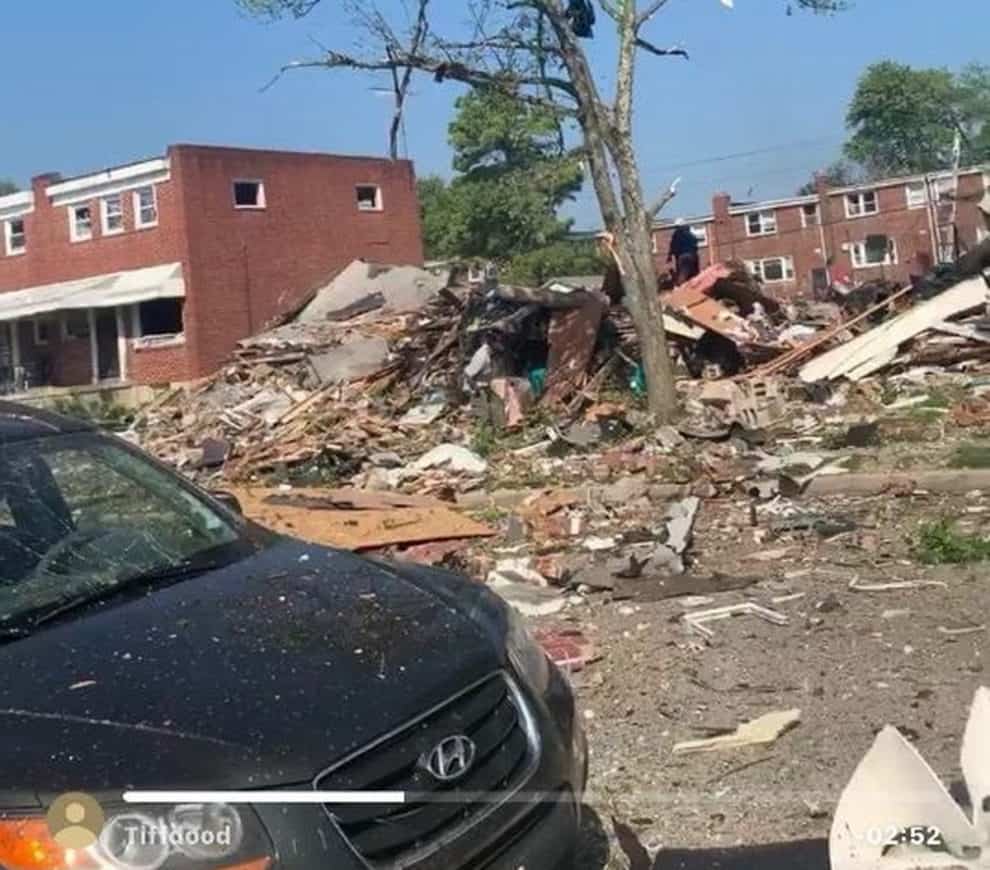 A large explosion rocked a Baltimore neighborhood this morning, leaving several adults and children trapped in the rubble. The blast occurred near Reisterstown Road, and at least five people were trapped. The first video from the scene has arrived.

Baltimore firefighters tweeted that there was a “major explosion with multiple people trapped” in the area of the 6500 block of Reisterstown Road. They said “several” houses exploded, and at least five people were trapped, including some children. They called a collapse response and second alarm in response to the blast.

Video from the scene shows piles of rubble and people working to free those who are trapped in the rubble.

Conditions of the victims reported

At least one person who was pulled from the debris is reported to have broken bones and burns. Among those who were trapped are a woman, a man and three children. Smoke continues to pour from the house where the explosion occurred on Reisterstown Road in Baltimore.

Firefighters say they are communicating with one person who is still trapped in the rubble in the basement of one of the homes. The Special Rescue Operations Team is working on reaching the person. They added that one person has been pronounced dead on the scene of the explosion.

Three of the patients are listed in critical condition, and firefighters are continuing to comb the debris and look for more people who may be trapped. It’s still unclear just how many houses exploded. The cause of the blast is still undetermined as rescue efforts continue.

Bomb squad on the scene, but cause of the Baltimore explosion still undetermined

The Baltimore City Office of Emergency Management and the local utility company are on the scene with firefighters and paramedics. Firefighters have staged their operations at Reisterstown and Labyrinth Roads. One firefighter told local media that they will be checking the gas levels of nearby homes and shutting off the gas to some of the houses on the block. A bomb squad has also arrived on the scene, although there haven’t been any reports about an explosive device.

UPDATE: The Fire Department described the blast as a “major gas explosion.”