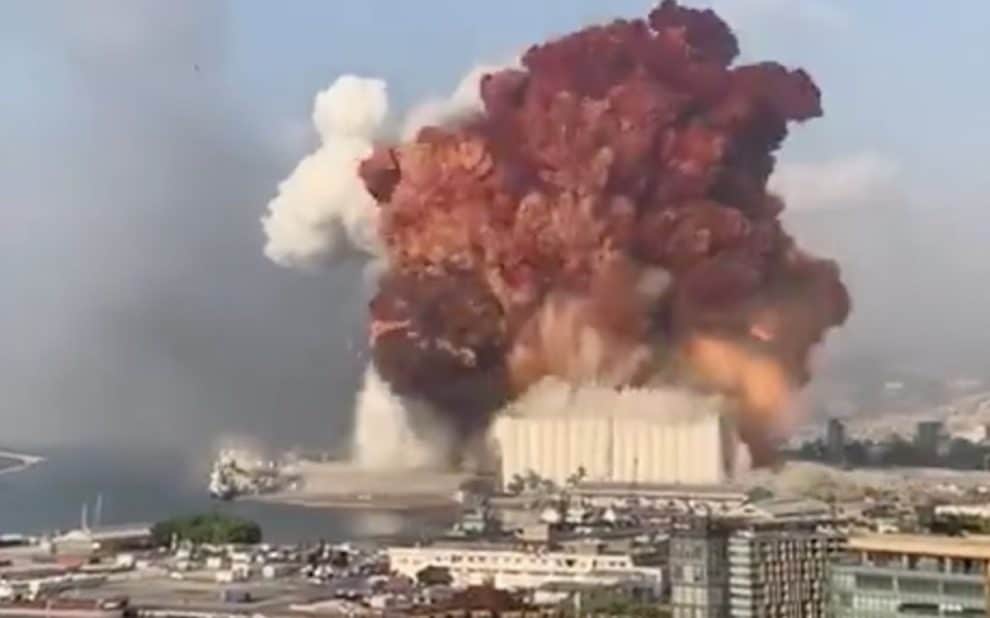 Following the explosion that happened on 4 August, at the port of the city of Beirut, Lebanon, several reports linked the incident to 2,750 tonnes of ammonium nitrate. However, according to an explosive expert, the Beirut explosion was caused by burning military missiles or rockets and not by the chemical substance.

Missiles are likely the cause of Beirut explosion, says explosive expert

According to a fifty-six-year-old explosives expert, Danilo Coppe, the recent Beirut explosion was caused by burning military missiles or rockets. Instead of the initial claim that the incident occurred as a result of 2,750 tonnes of ammonium nitrate, Coppe explained that it’s not so, because of the color of the cloud, which was orange.

Talking of Danilo Coppe, he hails from Parmesan, Italy, and is one of the country’s top explosive experts.

According to the expert’s explanation, if truly the ammonium nitrate detonated as the report claimed, it would have resulted in a yellow smoke in the cloud. However, while in an interview with Corriere, Mr. Coppe mentioned that the video of the explosion shows a brick orange smoke in the cloud.

Here’s a brief of what the explosives expert, known as Mr. Dynamite, said during the interview:

“There should have been a catalyst because otherwise, it wouldn’t all have exploded together. You can clearly see a brick orange column tending to bright red, typical of lithium participation. Which, in the form of lithium-metal is the propellant for military missiles. I think there were armaments there.”

According to the report, the explosion is about a fifth of the size of Hiroshima. Also, it killed about 200 people, injured 6,000 people, and destroyed 300,000 homes.

According to the Lebanese President Michel Aoun, the August 4 incident might have occurred because of two possible causes.

In the past few days, there was a narrative and it centered on investigating the Port officials for negligence. However, according to the Lebanese President, he has spoken with France regarding the Beirut explosion. He asked for the satellite images of the incident, to see whether or not there were warplanes or missiles in the air during the period.