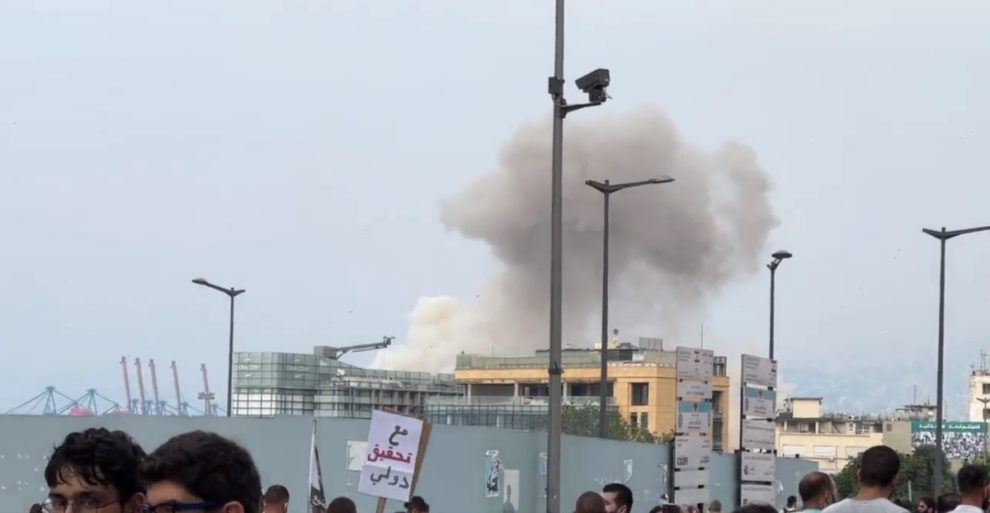 Several more grain silos damaged by the 2020 Beirut port explosion collapsed Thursday, as hundreds marched toward them to mark the second anniversary of the disaster.

AFP correspondents saw parts of the gutted structure fall down while local media said at least four towers had collapsed, only days after a similar incident.

Experts had been warning for days that the silos could collapse imminently after recording unprecedented inclination rates.

“Im seeing the same sight, from almost the same place, after two years,” she told AFP, holding back tears. “Its traumatic.”

The heavily damaged silos have become a grim reminder of the August 4, 2020 explosion of a stockpile of ammonium nitrate fertiliser that had caught fire.

The tragedy killed more than 200 people and damaged swaths of Beirut, but two years on, no official has been held accountable.

Since the blast, experts have warned that parts of the silos are at risk of collapse due to severe damage and inclination.

The government in April ordered the silos’ demolition, but this has been suspended, partially because of objections from victims’ relatives who want them preserved as a memorial.

“The silos are our memory” said Wafaa Zaher, a 60-year-old whose son died at the port during the explosion.

“We are waiting for the truth to cool our hearts,” she said from the protest.