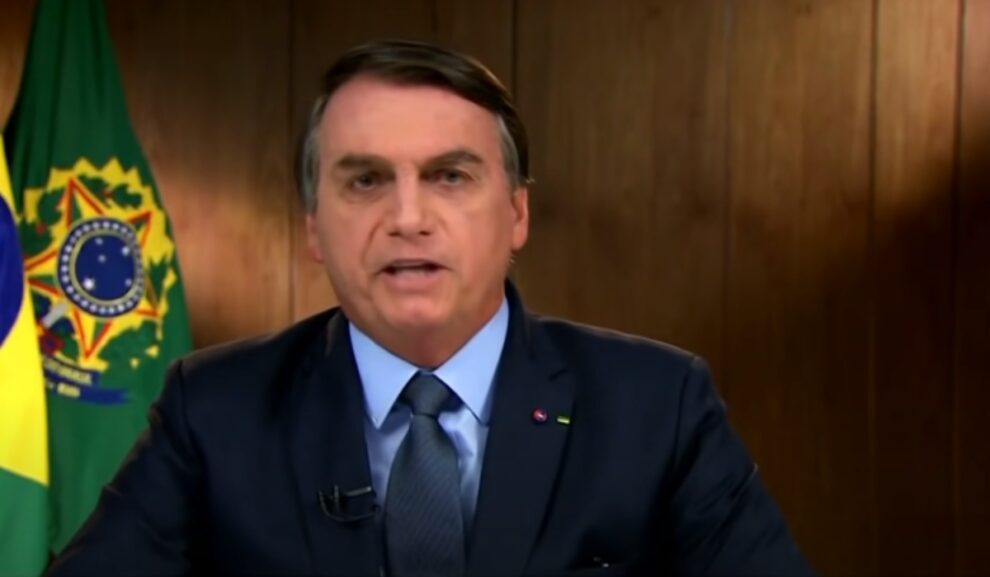 Posh-looking drivers in expensive cars are honking their horns on a beachfront avenue in Rio de Janeiro, blaring their approval at a vendor selling green-and-yellow Brazilian flags outside President Jair Bolsonaro’s former home.

Welcome to Barra da Tijuca, the neighborhood known as the “Brazilian Miami,” a bastion of support for the far-right incumbent as he fights to win reelection in his October 30 runoff battle against leftist ex-president Luiz Inacio Lula da Silva (2003-2010).

Known for its upscale shopping malls, gated communities and luxury condos with sweeping views of the emerald coastline, Barra voted heavily for Bolsonaro in the first-round election on October 2, when Lula took 48 percent of the vote nationwide, to 43 percent for the incumbent.

In Barra, Bolsonaro won 50 percent of the vote, to 37 percent for Lula — a preference visible in the abundance of Brazilian flags fluttering from the west-side neighborhood’s balconies, a symbol adopted by the president’s supporters.

“People here in Barra are very in sync with Bolsonaro ideologically. The majority of people support him, because there are a lot of businesspeople,” says resident Felipe Fontenelle, a 58-year-old entrepreneur who owns a communications security firm and stakes in two restaurants.

Developed in 1969 by renowned modernist urban planner Lucio Costa, Barra underwent a demographic boom in the 1980s, becoming a magnet for celebrities, politicians and the upwardly mobile as they sought a haven from the city’s violence.

Now home to some 135,000 people, its elite status was cemented when it was chosen as the site for the Olympic village for the 2016 Rio Games.

“It’s a neighborhood for the nouveau riche, especially people who believe in the idea of the self-made man: that they worked hard and succeeded,” says sociologist Paulo Gracino Junior of Candido Mendes University, calling it an enclave of executives, professionals and military top brass.

He points out it is also home to ex-cop Ronnie Lessa, a convicted arms trafficker who is the chief suspect in the 2018 killing of black LGBT activist and Rio city councillor Marielle Franco.

Lessa and Bolsonaro lived on the same street.

Bolsonaro, then a congressman representing Rio, moved to Barra with his family in the 2000s.

They still own the house they bought in Vivendas da Barra, a gated community that sits behind a cement wall topped with barbed wire.

The private condo has become a rallying point for Bolsonaro backers.

Visiting Rio from the southern state of Santa Catarina, retired lawyer Mirian Rebelo and her son Rodrigo, a dentist, stopped there to take selfies, both sporting Tommy Hilfiger T-shirts and sunglasses.

“I love the president’s focus on the family. And he doesn’t mince words. He speaks his mind,” says Mirian, 65.

“Every country deserves a Bolsonaro,” says Rodrigo, 41, praising the president’s “crackdown on corruption and the ideology of evil.”

Cacalo Matarazzo, a lawyer and jiu-jitsu teacher who lives next door to Bolsonaro’s condo complex, says he counts the president as a friend.

“Everyone here knows him well. He even invited me over for coffee before his inauguration” in 2019, says the stern, square-jawed 73-year-old, after proudly showing a series of photographs of himself with Bolsonaro on his cell phone.

“But it’s not just about Bolsonaro, it’s about a guy who’s fighting to build a better Brazil.”

Matarazzo is no fan of Lula, who makes a cameo among the Bolsonaro merch on sale out front.

There, the veteran leftist, who was jailed in 2018 on controversial, since-overturned corruption charges, appears in effigy as an inflatable doll in a prison uniform.

“Thief! Scum! Son of a bitch!” Matarazzo spits at the image of the former president.