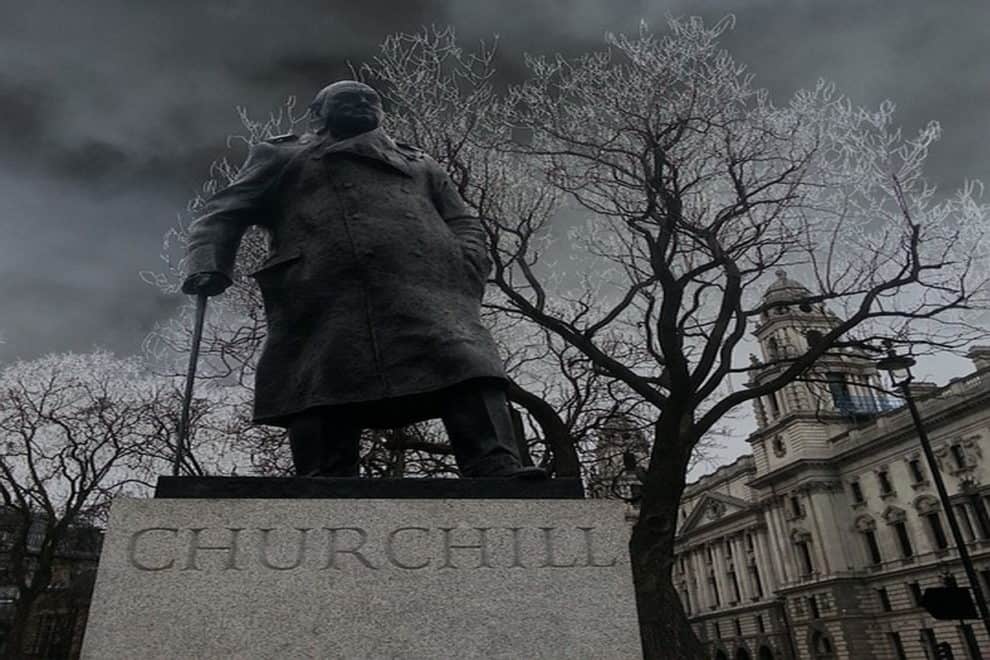 George Floyd, though little known whilst alive, has become a household name after his brutal killing by a Minneapolis police officer. His death was the last straw for a nation steeped in the division, as far from unity as it was in the days of cowboys and Indians, or Yankees and confederates. The black/white question has resurfaced once again in the US, stoked by a President who has done little to deter America’s racists, and who just a few weeks ago threatened to ‘shoot’ protestors in a tweet.

But the social unrest which ensued after the killing of Floyd has spread, much like this virus, across a world frustrated and tired from the pandemic. The incident has vented anger which had been bottled up for months and highlighted inequalities in our society which have never been properly addressed. And yet the #BlackLivesMatter protest movement which has seen people demonstrate from Italy to Indonesia, has, of late, been hijacked (like so often is the case) by rent-a-mob. The result: the core message of the movement has now been obscured and under threat of being lost altogether.

The unfolding of events in the UK over the last week or so has demonstrated this perfectly. The weekend before last, which saw widespread protests across Britain and statues to historic slave traders targeted, triggered a heated debate over the future of many of the nation’s monuments. Suddenly, people became aware of statues which they had barely known the existence of until that point, as maps were created highlighting monuments to once venerated, now dubious figures from Britain’s past so they could be pulled down. The statue of Edward Colston, English merchant and slave trader was thrown into Bristol harbor, under the watch of the police who did nothing to stop it. The Guardian newspaper, amongst others, was full of articles condoning the actions of the protestors and encouraged the toppling of other statues which have now fallen out of favor with the commentariat. Home Secretary Priti Patel, who condemned the toppling of the statue as ‘utterly disgraceful’ was initially on her own in her reproof of the Bristol protestors, as the Prime Minister took a softer line.

Winston Churchill statue under threat in the UK

By the end of the week, however, there was a decided shift in the establishment position. Even The Guardian had changed its tune. Articles supporting the desecration of monuments were replaced by those quoting the Prime Minister, who now weighed in more heavily on the debate. The #BlackLivesMatter movement was being ‘hijacked’ by violent protestors intent on causing more trouble at a difficult time; ‘we are at a time of national trial’ he said. BAME communities have been at the forefront of fighting coronavirus, and they have ‘tragically paid a disproportionate price’, the PM acknowledged. It was both ‘absurd and shameful’ that statues like Winston Churchill had to be boarded up in advance of demonstrations last weekend. Referring to Churchill as a ‘national hero’, Johnson argued in The Telegraph that ‘we cannot try to edit or censor our past’ and that the monuments, in fact, taught us something about the past that we shouldn’t forget – if we erase the monuments, then we erase the history that goes with them.

This is a position that has been reiterated more and more of late. Sir Geoff Palmer, black human rights activist, and Professor Emeritus at Heriot-Watt University in Edinburgh has expressed concern that by removing statues and street names you are in fact removing the history that people ought to know about it. He advocates putting up plaques beside the monuments which would have ‘no holds barred’ and specify the crimes that a particular historical figure committed. He says ‘remove the statue and remove the deed’ and warns that it is easier to take a statue down than deal with racism in our society. Writing in The Daily Mail, he rejects the ‘emotional spasm’ of pulling down statues in favor of the establishment of a new, official body that could look at the ways in which institutional racism is practiced in public and private organizations.

Protests and Riots in the U.K.

Boris Johnson’s calls for people to stay away from last Saturday’s protests fell on deaf ears as far-right nationalists clashed with Black Lives Matter protestors. Clearly, for many British nationalists, it was an excuse for a fight, with some having traveled from all over England to take part in the riots. However, amidst the chaos, a clear message was emerging, that despite decades of multiculturalism in Britain, we are not much further forward in integrating different ethnicities into our society. There remains a sizeable faction, many of whom voted for Brexit, who are against the concept of multiculturalism altogether and are a long way from accepting ethnic minorities into the community. Much education is needed for the status quo to change. The discussion is only really beginning.

Authored By Johanna Ross, a journalist based in Edinburgh, Scotland.