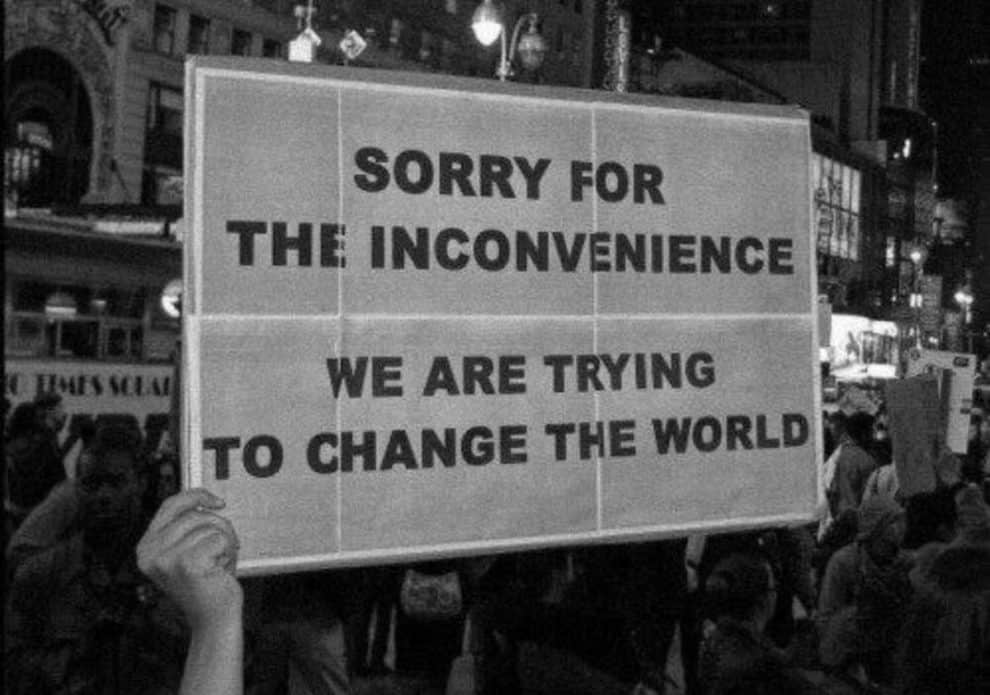 Shortly after the killing of a black man, George Floyd by a police officer, tens of thousands of people across the United States have come out to the streets, protesting against it. So far, we have seen flashes of violence in some cities, with protesters also getting shot during the act. As the George Floyd protests continue for 7 nights across the US, some people in different countries across the world have now joined in the solidarity movement against the killing of black people.

Reports on social media show that the George Floyd protests have turned into a global one, with many countries, including the UK, New Zealand, Paraguay, China, and Russia starting to support the movement.

According to reports from New Zealand, thousands of people marched Monday, on the street of Auckland. The movement was in support of the ongoing George Floyd protests, which has so far lasted for 7 days in the United States.

Reports have it that protesters marched from Aotea Square to the U.S. consulate. On getting there, they knelt down, holding different banners with different slogans. Some banners read, “End racism“, some read “I can’t breathe“, and others read “The Real Virus is Racism“.

According to a choreographer, Parris Goebel, who also joined the peaceful protest, she said black lives matter. Here’s what she posted on her Instagram account:

“Today’s peaceful protest in Auckland, New Zealand was incredible. When we come together we are powerful. Thank you @mahlete__ for organizing this and thank you to everyone that showed up. #BLACKLIVESMATTER”

Apart from New Zealand, Germany is also one of the countries that have joined the George Floyd protests. According to a video captured by Carl Nasman and posted on his Twitter account, hundreds of protesters have joined the solidarity movement in Germany. Here’s what the new post says below:

“Thousands now chanting “black lives matter” in front of the US Embassy in Berlin #GeorgeFloyd.”

Thousands now chanting “black lives matter” in front of the US Embassy in Berlin #GeorgeFloyd pic.twitter.com/Jh65RKhTLo

As with many countries across the world joining the George Floyd protests, hundreds of people also took to the streets of London to show their supports. That came following the support of the British government to allow its citizens to go on a peaceful protest.

According to the Prime Minister’s spokesman, he said “the violence seen in the United States so far is very alarming. And people must be allowed to go out and protest peacefully.”

A video posted on Twitter by Paul Brand shows how people went out and joined the peaceful protest. Here’s what he posted below:

“WATCH: Some pretty big crowds in London marching down Whitehall for #BlackLivesMatterUK protests.

Also, a large crowd gathered outside the US embassy. #ICantBreath”

Some more pictures coming into us now… these include the scenes outside the American Embassy, where a large crowd have gathered, their path blocked by a police line. #BlackLivesMatterUK #ICantBreath pic.twitter.com/DoecWlXdbn

In Canada, thousands of people also joined other countries to support the ongoing George Floyd protests. However, the protest also focused on a 29-year-old black woman, Regis Korchinski-Paquet who fell from her balcony as claimed by the police.

According to a video posted by Nicolas Thompson, here’s what it says:

In Brazil, several people also took to the street of Favelas, Rio De Janeiro to support the George Floyd protests. Reports claim some police officers tried to disperse the protesters with tear gas. However, the voiced out using one of Floyd’s statements before passing away, “I can’t breathe“.

Apart from the countries above, George Floyd protests have spread across some other places in the world. They include Iran, Russia, Australia, China, and many more.

This is a protest in Brazil for all the black brazilian people we lost, don't tell me this is just an America issue. #BlackLivesMatter #VidasNegrasImportam pic.twitter.com/LUvN3oUmek